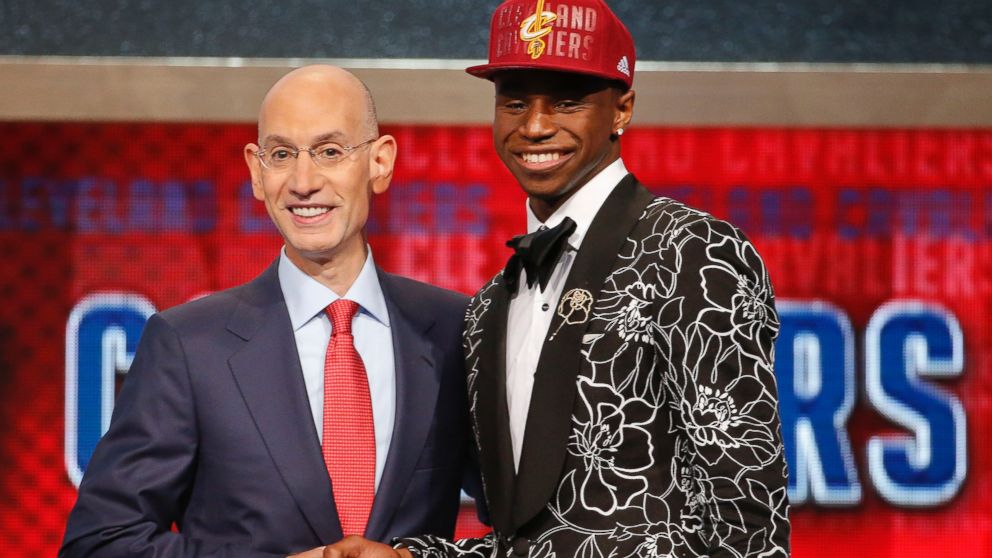 The day is finally here, the day teams that did not have success during the previous season bank their hopes on a young player coming out of college or overseas with hopes of changing the fortunes of a professional franchise. In reality, teams draft these players on nothing but potential. Drafting one of these young players does not guarantee a team success but the draft for some teams can potentially mean selecting a player that can transform a bottom feeding team into a championship contender for years to come.

This year the top draft pick will go to the Minnesota Timberwolves, they had one of the worst records last season even though they acquired the number one draft pick, Andrew Wiggins via a trade with the Cleveland Cavaliers. The second pick will be to the Los Angeles Lakers, without an injured Kobe Bryant the team had one of its worst seasons ever as a franchise and are looking to return to the glory that is usually associated with the Laker name. The third pick will go to the Philadelphia 76ers, a team that seems to make a yearly appearance in the draft. The 76ers have not had much success in the draft yet they seem to continue to look to rebuild a respectable team through it. The New York Knicks have the 4th pick in the draft, their fans have been discouraged and are anxious for their team to become relevant again, they must choose wisely. The Knicks were looking forward to getting the number one pick however they must work with the hand that they have been dealt.

The top prospects in this year’s draft are Kentucky’s Karl Anthony Towns and Duke’s Jahlil Okafor. Both big men are clearly the cream of the crop in the draft. Towns with his athletic ability can be a game changer for whoever selects him the draft. Okafor is a legit center in a league that lacks talent at the position. He can also be a player that can change the fortunes of a franchise.

With draft night approaching we also see teams attempting to improve their draft positions by making trades. The Lakers are reportedly attempting to trade for DeMarcus Cousins of the Sacramento Kings. For a player of his caliber they would have to give up their draft pick whoever he may be. The Nets have actively been shopping Mason Plumlee hoping to move up in draft order. There have already been several trades made by teams prior to the draft. Some notable players have also opted out of the final year of their contracts, Kevin Love of the Cavaliers and LaMarcus Aldridge of the Portland Trailblazers, both have been highly coveted by many teams.

Tonight we should expect to see a very busy draft night in terms of trades. There seems to be urgency amongst some of the teams who have not had success in recent years. They want to bring their fan base back by building a competitive team. To those teams I say good luck as we look forward to an exciting NBA Draft.