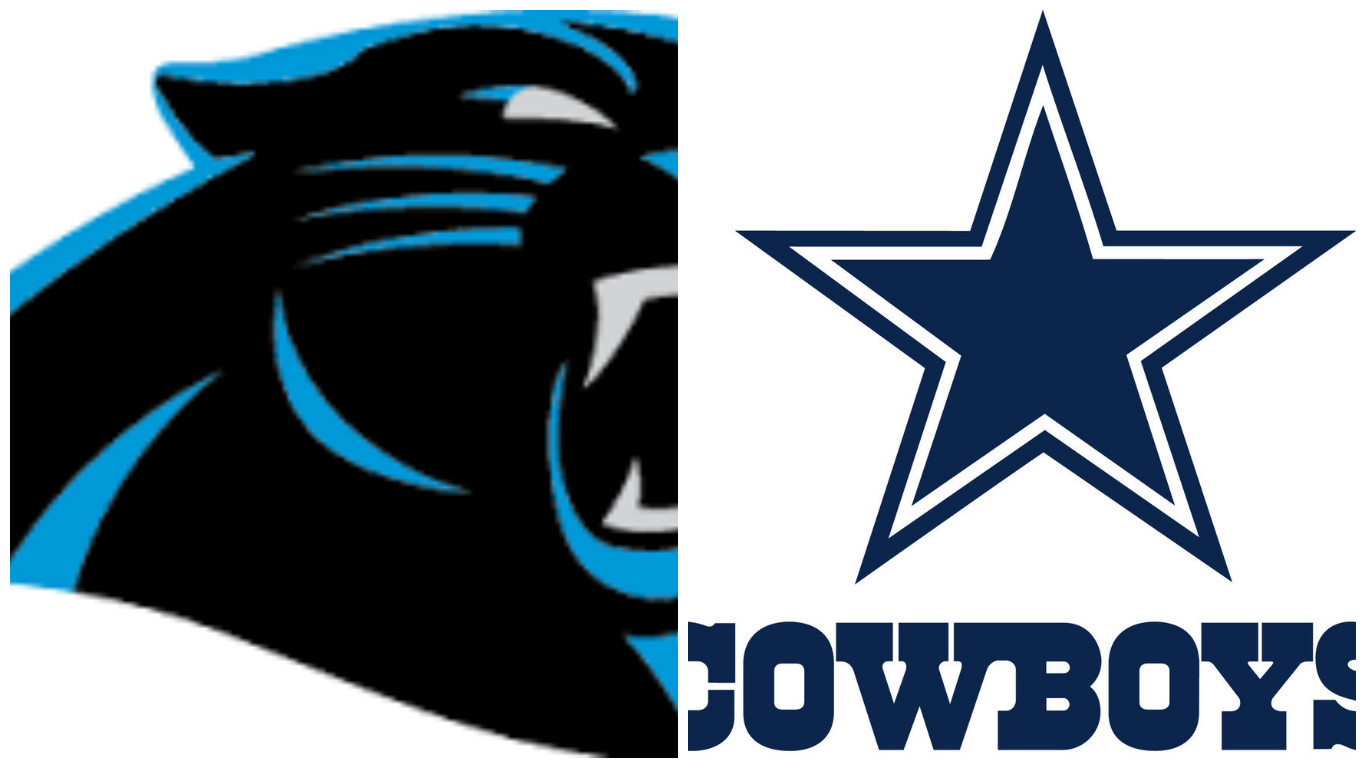 November 25, 2015, Troy, New York  The Carolina Panthers (10-0) and the Dallas Cowboys (3-7) face off in a Thanksgiving Day clash. The Panthers are on a 14-game regular season winning streak and remain the NFC’s only undefeated squad.  The Cowboys ended a 7-game losing streak with a road win over the Dolphins in Miami. The Cowboys are buoyed by the return of QB Tony Romo from injury. Dallas is 3-0 with Romo under center and 0-7 without.

The game features two important matchups which will determine the victor. The first will be played on the outside between combustible Cowboys WR Dez Bryant and the Panthers flamboyant CB Josh Norman. Norman has four INTs, two returned for TDS has proven to be an effective shutdown corner. Bryant was slowed by a foot injury that caused him to miss action.

The second matchup will feature combat in the trenches between Cowboys’ DE Greg Hardy and Panthers LT Michael Oher. Hardy and Oher hail from Memphis, TN. At one time both dreamed of NBA success while attending Briarcrest Christian. The two often engaged in physical encounters during basketball practice. They were a year apart and did not compete on the gridiron together. They later became teammates at Ole Miss and were nearly teammates with the Panthers. Oher was signed by the Panthers in the offseason and Hardy signed with an incentive-laden deal with the Cowboys after five seasons with the Panthers.  Oher is known from the success of “The Blind Side” which chronicled his life in literature and film.

Hardy is known for becoming the NFL’s version of Willie Horton for his past issues with domestic violence. Hardy played one game for the Panthers last season before being deactivated prior to the second game of the season. Hardy spent the remainder of the regular and postseason on the commissioner’s exempt list. Commissioner Roger Goodell suspended him for 10 games which was shortened to four, after an appeal by the NFLPA. Hardy has provided 4.5 sacks for the Cowboys on the field and numerous cringe worthy headlines off of it. Oher has provided protection for the NFL’s number one dual threat at QB, Cam Newton. Newton’s improvement as a passer as coincided with his ascension into the conversation as an MVP candidate.

The odds makers have made this a Pick ‘Em contest. Kickoff is at 4:30pm EST from AT&T Stadium in Arlington, TX. The game will be broadcast by CBS.