WHEN THE CHIP IS DOWN! 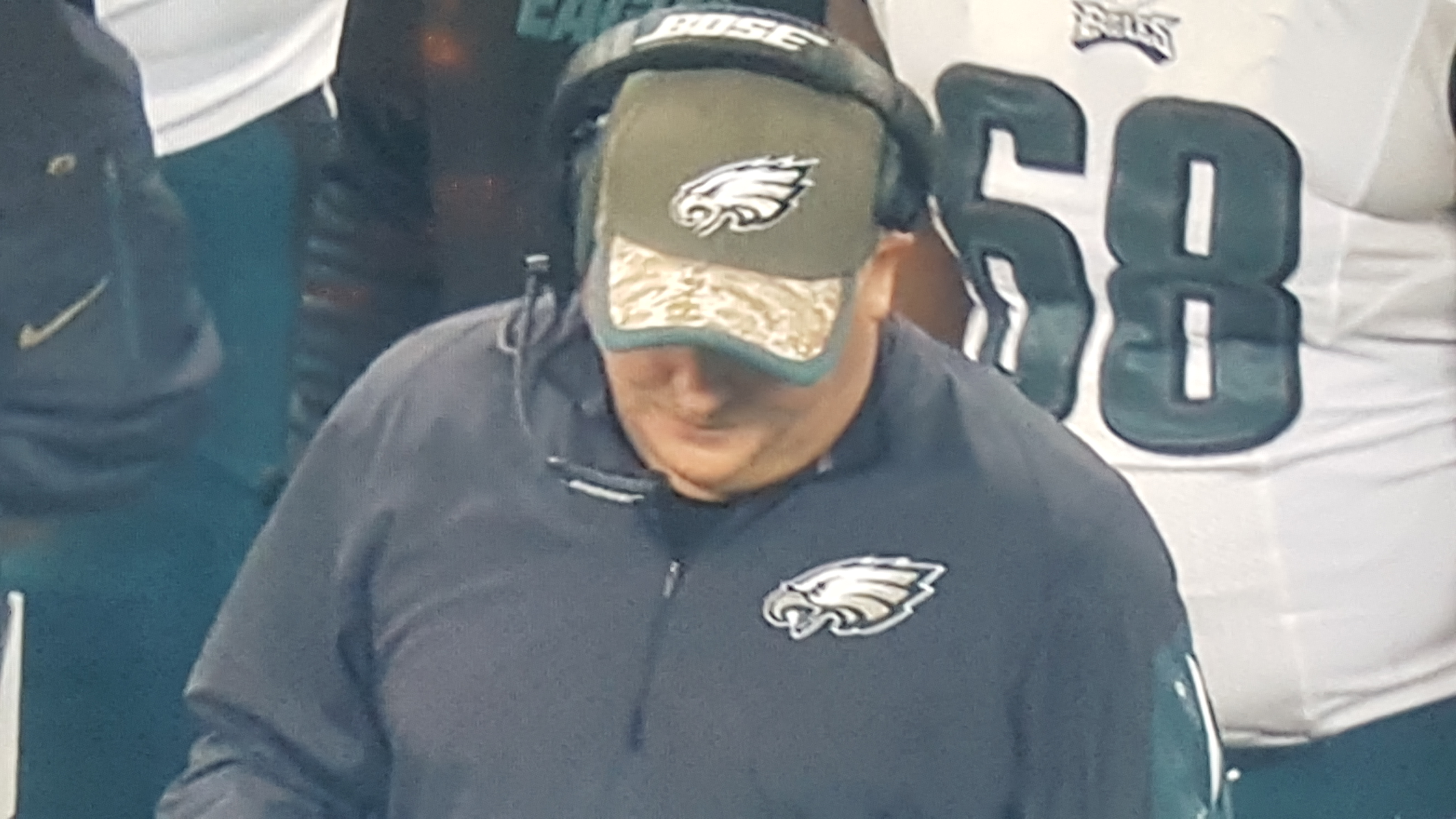 November 26, 2015, Queens, NY  The Philadelphia Eagles got whupped in front of a national television audience in the first game of the most watched slate of regular season football games of the year. Football has become as much a Thanksgiving Day staple as turkey and the parade. In a game that was not as close as the final score, the Detroit Lions looked like world beaters as they beat the Eagles 45-14.

Even though the Eagles did not have their starting QB Sam Bradford (concussion and shoulder separation), the Mark Sanchez-led Eagles went down without much of a fight giving substance to rumors that embattled head coach Chip Kelly has lost the locker room. The Eagles gave credence to this allegation as they slept walk through the game and showed little, if any, passion.

The finger pointing begins and ends with Chip Kelly. During his first two seasons, he led the Eagles to consecutive 10-6 records. Not bad, in fact, that’s impressive, especially when the coach is coming straight from the college ranks and had no NFL experience. However, his success enabled him to become the “de facto” general manager, and he has failed miserably. Kelly has jettisoned players who performed well in an Eagles’ uniform (i.e., Nick Foles, Jeremy Maclin, LeSean “Shady” McCoy, and DeSean Jackson) because they weren’t a good fit, disrupted team chemistry, and resented authority. According to some reports, Kelly’s decisions were racially motivated, a charge that has never been substantiated.

The Eagles are 4-7 in a division where a .500 record may win the division so they certainly are not out of it. But one thing is for sure, this will be their worst regular season record under Kelly. The Eagles have five remaining games, and they will face the Patriots, Bills, Cardinals, Washington, and Giants. They could easily lose four of the five games. If the Eagles go 4-1 over that stretch (which is highly improbable), they would finish at 8-8.

Clearly the Chips are Down. Chip Kelly that is.