A ROSE BY ANY OTHER NAME OR GAME 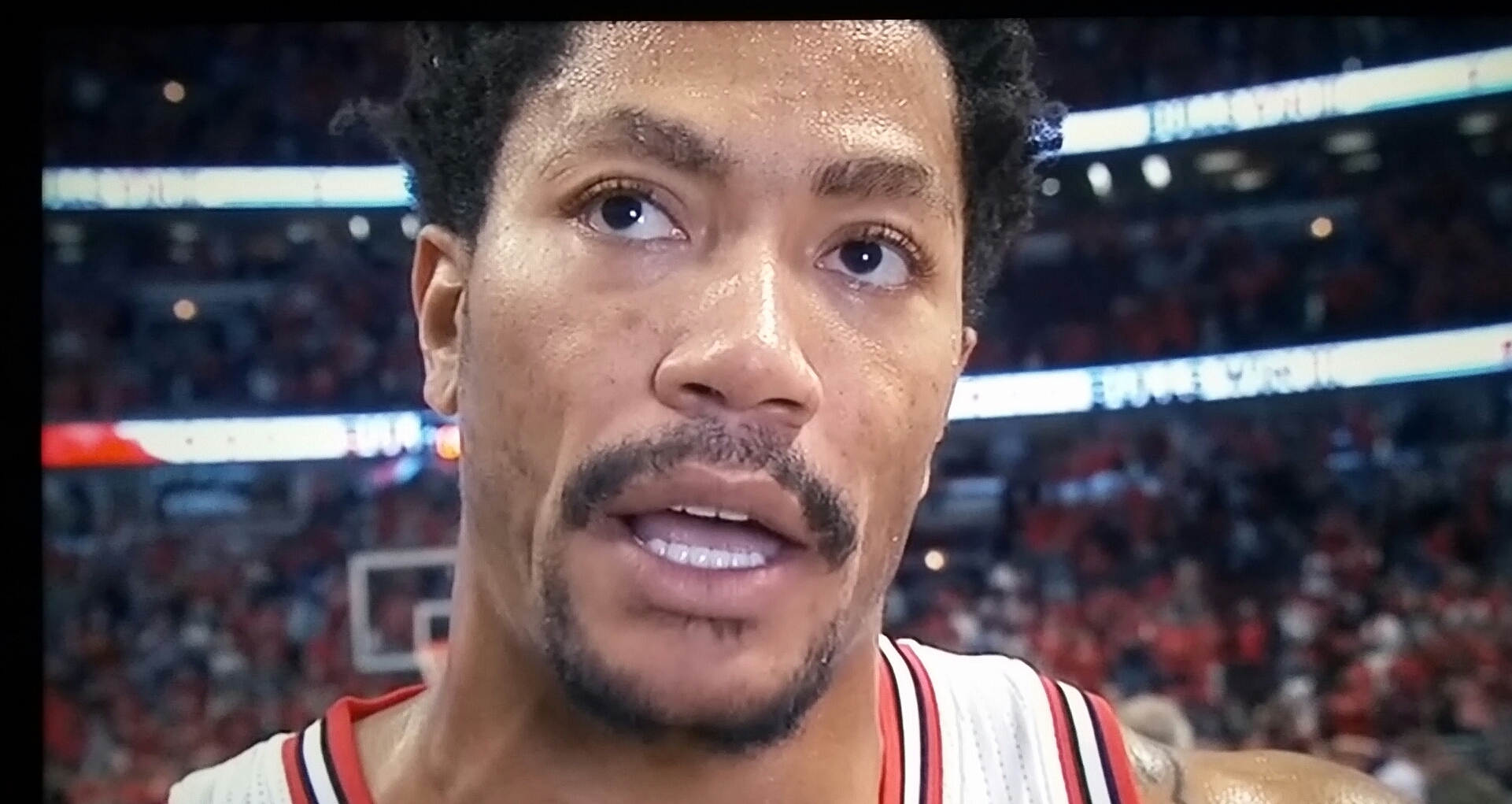 May 8, 2015, Queens, NY  Was it a “bank shot” or a “bang shot”?  Derrick Rose hit a 35-foot buzzer beating bucket to lift the Chicago Bulls over the Cleveland Cavaliers, 99-96, giving his team a 2-1 edge in the best of seven series.  It wasn’t a game that reminded you of Lakers-Celtics in terms of its artistry, but the intensity is why there is no basketball like NBA playoff basketball.

Both teams shot under 40% from the field, and five minutes into the game it didn’t appear that either team would reach 70 points (with the score being 4-2 with less than 8 minutes left in the first quarter).  Rose led all scorers with 30 points, and Lebron James scored 27 points for the Cavaliers to go with a career-playoff best 14 assists.  Rose was helped in the scoring department by “Comeback Player of the Year” Jimmy Butler who poured in 20 points.  Mike Dunleavy and Nikola Mirotic scored 16 and 12 points respectively.  Pau Gasol injured his hamstring and left the game early which has to be a major concern for the Bulls going forward.

J.R. Smith returned from a two-game suspension scoring 14 points for the Bulls.  His last shot was a triple that tied the game at 96 with 10.8 seconds to go.  It seemed that overtime was inevitable as Derrick Rose dribbled around somewhat aimlessly due to the pressing and attacking defense of the Cavaliers, but he got just enough separation from the defender to launch what appeared to be a crazy shot that had “brick” written all over it.  The shot “banked” or should I say “banged” violently off the backboard and went in to the delight of the Chicago faithful who were probably more relieved than happy.

Questions “arose” about Derrick Rose regarding his effectiveness with one day off between games.  Rose seemed a bit sluggish in Game Two, but his energy in Game Three made one hearken back to his MVP days.  The questions are now being raised about the Cavaliers and the impact of Kevin Love not playing as well as Kyrie Irving who appears to be less than 100% due to a sprained ankle.  Irving managed to score only 11 points on 3 for 13 shooting and had no assists.  That kind of performance is cause for major concern since Lebron James can no longer carry a team for an entire series.  Why do you think he took his talents back to Cleveland from Miami?

Game 4 on Sunday is huge for both franchises.  If the Cavaliers win, the series is tied at 2-2 and becomes a de facto best-of-three with the Cavaliers having homecourt advantage.  If the Bulls win, they go up 3-1 which might be too much for the Cavaliers to overcome.  The Cavaliers were picked by many experts to make it to the NBA Finals, and the Las Vegas betting odds had them as the favorites.  If they don’t even make it to the Eastern Conference Finals, their season will be deemed a major disappointment.  And if Rose has anything to do with it, he will be a thorn in the Cavaliers’ side.

Professor Clifford Benton can be reached at cliffb@puresportsny.com.