Jets Come Up Short With Petty 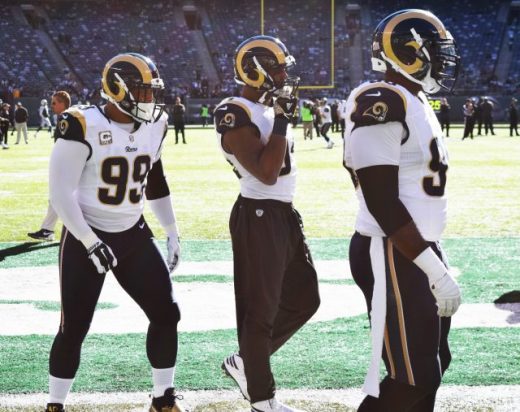 EAST RUTHERFORD, N.J. – The New York Jets came into last Sunday’s contest against the Los Angeles Rams, with a 3-6 record and in a must-win scenario to keep any playoff hopes alive.

Coach Todd Bowles made the decision to start Bryce Petty, over a not 100% healthy Ryan Fitzpatrick. Ultimately, the Jets were still unable to get the job done with Petty under center. The Rams Alec Ogletree intercepted Petty late in the fourth quarter, to seal a win and squander a great defensive performance from New York. Gang Green lost 9-6 to Los Angeles, and the loss almost surely put the Jets out of the playoff picture.

Aside from the interception, Petty showed some potential against the Rams. Petty looked best on the Jets’ second drive of the game, where he moved the chains and capped it off with a short pass for the game’s only touchdown to Bilal Powell. Petty completed 19 out of 32 passes for 163 yards, with one touchdown and interception.

It will be interesting moving forward, to see who will start under center for Gang Green following their bye week. New York’s next opponent will be the New England Patriots in a Sunday night match-up, Nov. 27th. This will be a very tough challenge for either Fitzpatrick or Petty, to try and snap the Jets’ current two game losing streak. The decision on who starts against the Patriots, should tell fans the direction New York will be moving at the quarteback position to finish out this year.