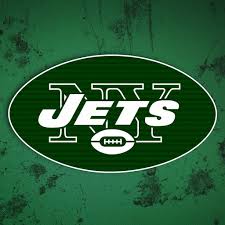 September 27, 2015, Queens, NY  Eagles fly, and so do Jets. One is a bird, the other is a machine. The machine must win today. The New York Jets are playing a wounded bird: The Philadelphia Eagles. It’s a home game at MetLife Stadium against a team that is on the brink of disaster. Confidence shot. Star running back out.  Quarterback shaky. Coach flaky.

The Eagles are a messy team in a somewhat messy division. The Giants righted themselves against Washington, a team with a myriad of issues. The Cowboys lost their two most important players, Tony Romo and Dez Bryant. No team in the NFC is out of it, so even though the Eagles are 0-2, they have life and can be dangerous to a riding high Jets team.

Todd Bowles can’t afford to let his team look at the pathetic Eagles and feel the game is already in the win column. The Jets have plenty lose, and they should play with the same desperation as if they were 0-2, instead of 2-0. The Bills are 1-1, but they are on the come up. The Dolphins are in a make-or-break year, especially for coach Joe Philbin. And the Patriots are, well, THE PATRIOTS. Super Bowl or Bust.

Darelle Revis is suffering from a groin injury which means the blitzing Jets must get to Sam Bradford, the injury prone quarterback who doesn’t respond well to 250 men running towards him with bad intentions. If they can put a few hits on Bradford early, he will likely fold.

Ryan Fitzpatrick, who was elevated to starting quarterback after Geno Smith was injured in an altercation with a teammate, doesn’t have to be spectacular, but he needs to be mistake free. Both of our NFL Experts, Kool Moe Dee (yeah, that Kool Moe Dee, the hip-hop icon) and Boston’s John Payant (J-Pay) picked the Jets to win. Boomer Esaison, former Jets QB and CBS Sports NFL analyst surprisingly picked the Eagles.

Who will fly, the bird or the Jet?

Professor Clifford Benton can be reached at @cliffordbenton