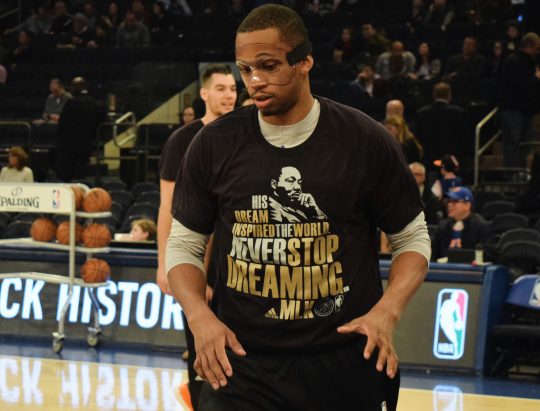 NEW YORK CITY, N.Y. – The New York Knicks were riding a four game losing streak, before facing the San Antonio Spurs on Sunday afternoon. New York desperately needed a win against the Spurs, to somehow breathe some hope back into their playoff chances. Beating San Antonio would be quite the task, considering the Spurs had won five of their last six games and held the 2nd seed in a tough Western Conference.

Prior to Sunday, the Knicks were 5-20 against teams with a record of .500 or better. It is safe to say, that not many people expected New York to come out and get a win Sunday. With the way the Knicks got beat Friday night against the Denver Nuggets, a win over the Spurs just didn’t seem possible. Despite all the doubt, New York put together a complete performance and upset the Spurs, 94-90 in Madison Square Garden. Here are two of the biggest reasons the Knicks were able to defeat San Antonio:

2) Improvement on the Defensive End

This win is a huge step in the right direction for New York, and proved that the Knicks can compete with any team in the NBA. It is up to those players in the locker room, to bring the same level of intensity, hunger and pride EVERY NIGHT. New York improved to 23-33 on the season, and will face the Oklahoma City Thunder (31-24) Wednesday night.