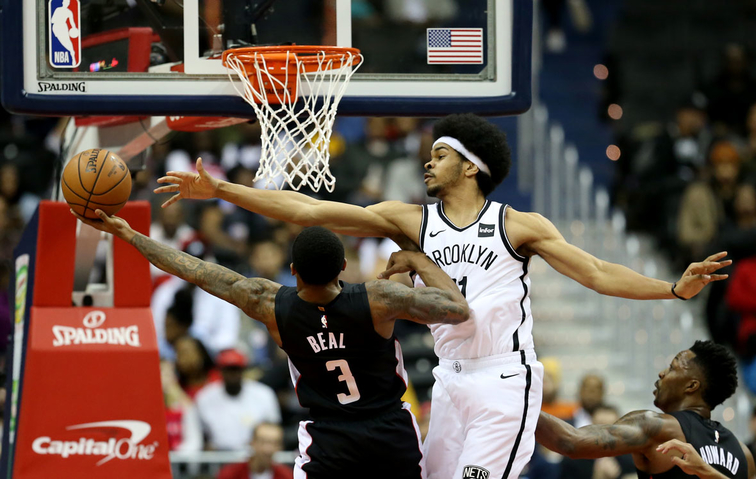 The Nets have now played their second game without Caris LeVert, who instead of the season ending broken foot we all feared, doctors thankfully found no fractures. LeVert suffered a dislocation and will avoid surgery; he is possible for return later this season. With a loss to the Miami Heat Wednesday night they would have to fight to prove that they’re still a good team. Coach Atkinson acknowledges what a great loss LeVert is to their young squad, but he still believes the Nets can succeed without him.  “You want to confirm that we can still be a good team. We love Caris, we miss him, but we’ve still got some good players in that locker room.” Said Atkinson Friday night. The Nets would look to show that as they take on the Washington Wizards and try to snap a 3 game losing streak.

The Nets were led by Spencer Dinwiddie and D’Angelo Russell, who helped put the Nets up by 2 (56-54) by the end of the first half. Dinwiddie came off the bench and added 16 points, 5 assists, 3 rebounds and 3 steals in the first half; and Russell added 13 points, 2 dimes, and 2 steals of his own.  After their halftime regrouping in the locker room, the Nets emerged with much needed aggression. They outscored the Wizards 35-25 in the 3rd quarter, and by the start of the 4th the Wizards never recover. The Nets would defeat Washington 115-104.