The Packers defense dominates, as the Giants fall 23-16 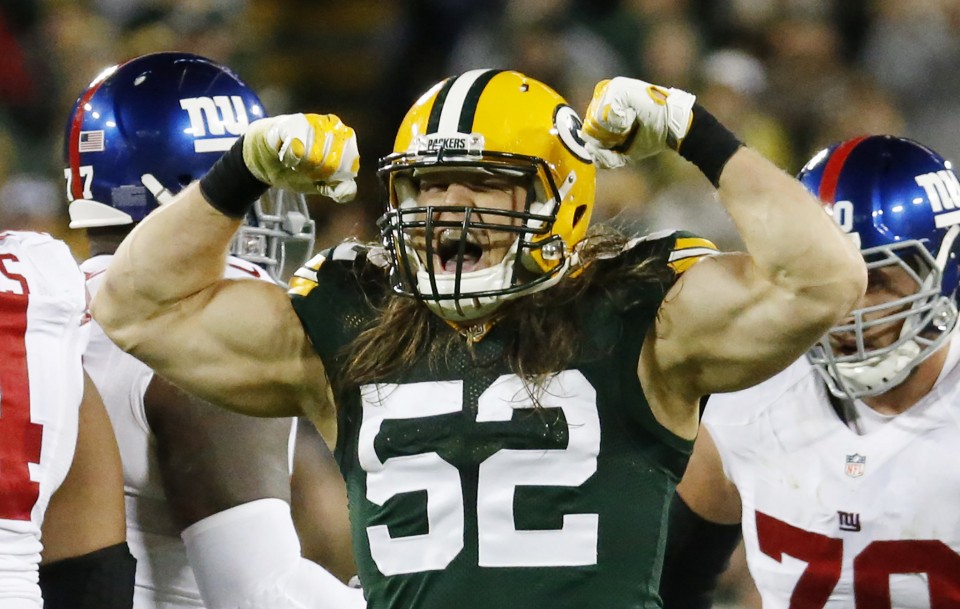 The Giants came out looking to get off to a good start as their defense took the field.  The Packers offense led by the dynamic Aaron Rodgers proceeded to methodically move the ball downfield.  Their first drive was capped by a 2 yard touchdown pass to Jordy Nelson.  The 16 play, 75 yard drive took 8 minutes and 42 seconds off the clock and was marked by the Giants inability to stop the Packers offense on each third down they faced.  Green Bay was 4-for-4 in third down situations and were able to move the chains forward each time.  The Giants first series was fairly brief and unremarkable, lasting just under two minutes.  They quickly punted and put the ball right back in the capable hands of Rodgers, who picked up right where he left off.  As the time wound down in the first quarter the Packers seemed to notch their second touchdown but it was quickly negated by offsetting penalties so the third down was replayed.  On the final play of the quarter, a pass intended for Jordy Nelson was intercepted by Janoris Jenkins.  It was a significant play for the Giants as the Packers were in the position to at least put three more points on the board.  The first quarter was dominated by the Packers in every aspect from time of possession to first downs (10-1), to yards gained (141-18) .

On the Giants first series of the second quarter they looked to jump start the offense but penalties reared their ugly head yet again.  Bobby Hart‘s false start created a 2nd and 16 and then Eli Manning missed an open Odell Beckham near the sidelines which was a missed opportunity.  The third and long play came up short and the Giants turned the ball over on downs.  The Packers continued to move the ball at will with the Giants defensive line struggling to get any pressure on Rodgers.  The Packers turned the ball over on downs but their possession was marked by their offensive line continuing to stifle the Giants pass rushing attempts.   The injury bug which has become an issue for the Giants secondary returned when Eli Apple left the game in the second quarter with a groin injury making the Giants secondary more vulnerable.  The Packers offense continued to steamroll the Giants defense going 80 yards on 5 plays culminating in a 29 yard touchdown pass to Davonte Adams making it 14-3 with just over 6 minutes remaining in the half.  With just over three minutes remaining in the half Janoris Jenkins made his second interception of the game.   The two interceptions by Jenkins seemed to be the only things keeping the Packers from completely blowing the Giants out of the water.  The Giants key passing rushers, Jason Pierre Paul and Olivier Vernon, who were on the field seemingly every play through the first half were not able to get to Rodgers or make him uncomfortable in the pocket.  The Giants had an opportunity to alter the course of the game but Eli Manning missed an open Will Tye with just under one minute and thirty seconds.  If the pass, which sailed high, had found Tye’s outstretched arms he would have waltzed into the end zone and the Giants would have been down by just a point. Instead on the very next play Manning was sacked and fumbled the ball and the Packers took over on the Giants 31 yard line.  Though the Packers settled for a 44 yard field goal they still headed to the locker room with a two score lead of 17-6.  The Giants defense was woefully ineffective in the first half, giving up 15 first downs and 251 total yards of offense but the blame can’t solely fall on them.  Eli Manning was 6-for-16 for 87 yards and no touchdowns against a decimated Packers secondary.  Those numbers are as much a reason why they trailed heading into the second half.  Manning made errant throws on several occasions to open receivers which needed to change for the Giants to make a comeback in the second half.

The third quarter began with the Eli and the Giants offense ready to change the narrative and get on track however that would have to wait as the Packers defense quickly forced the Giants to Punt.  Throughout the first half and right into the Giants first possession in the second half, the Packers run defense continued to live up to its reputation holding the Giants running backs to just 14 yards on 9 carries, an anemic 1.6 yards per carry.  On the Giants second series, Manning and the offense started to click with one of their most effective drives of the game.  The Giants had to settle for a 30 yard field goal after failing to find the end zone when they were in the red zone.  They have had issues scoring in the red zone all season long and it continued into this contest against the Packers.  The Giants were 28th in the league in red zone efficiency at 46.1 percent going into the game.  The Giants defense did an excellent job in the 3rd quarter, holding the Packers offense to just 7 yards on their first two series but Manning and the Giants offense were unable to capitalize when they were on the field.  At the end of the quarter the Packers led by a score of 17-9.

Early in the fourth quarter the Packers increased their lead to 20-9 on a 33 yard field goal.  The scoring drive was the first Packers series in the second half where they effectively moved the ball downfield.  Following the Packers score, the Giants went three and out and punted for the sixth time of the game.  The Giants inability to get the running game going allowed the Packers secondary to keep two safeties deep and prevent them from having a deep threat throughout the game.  This trend continued into the second half as the Giants talented trio of wide receivers were rendered virtually ineffective.  The Packers 13 play, 73 yard drive would end with another field goal, increasing Green Bay’s lead to 23-9 with just over 6 and a half minutes remaining in the game.  Following the Packers field goal the Giants put 7 on the board on an 8 yard touchdown pass to Beckham who barely got his toes in bounds on the acrobatic grab.  The catch capped a 10 play, 63 yard drive which brought the Giants within striking distance.  With just under three minutes to go the Giants trailed 23-16 and needed the defense to come up with a big stop.  On third down and ten Rodgers found Randall Cobb for a 13 yard reception and a first down that effectively ended the game.  The Giants offense would not get a chance to get back on the field to tie the game.  They had their chances in the second half but would fall short and lose by a score of 23-16.  One of the few positives to take away from the game was the play of Odell Beckham, who caught 5 passes for 56 yards and 1 touchdown.  Beyond the numbers Beckham kept his cool and avoided the negative antics which have plagued him through the beginning of the season.  The Giants were held to 219 yards of total offense and struggled consistently to get into a rhythm against a Packers defense which shut down their rushing attack(43 yards).  They fall to 2-3 and are now last in the NFC East division.  If they expect to stay in the division race they will need to secure a win next week and end their 3 game losing skid.   The Giants head home to play host to the Baltimore Ravens next week at Met Life Stadium.