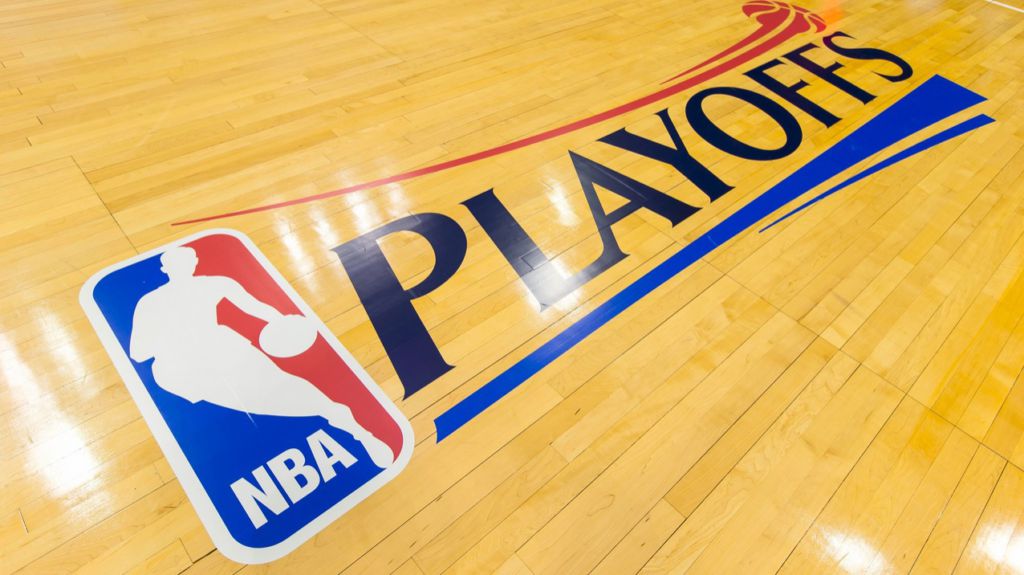 It’s finally time, the chase for the title begins today for sixteen NBA teams. Here is my preview for the Eastern Conference.

The Cavaliers are the favorites to come out of the Eastern Conference to contend for the NBA Title. Their first challenge  will be the Detroit Pistons, a team that has been out of the playoffs for quite some time since they won the title with Rip Hamilton, Chauncey Billups and Rasheed Wallace. This is not the Bad Boys of the 80’s and early 90’s and this is not the Larry Brown coached team that relied heavily on their defense. This version of the Pistons, Reggie Jackson, Andre Drummond and newly acquired Tobias Harris look to upset the Cavaliers in this round one match up. The Cavaliers are poised to make another run at a title with Kyrie Irving and Kevin Love healthy their roster is complete. I almost forgot to mention that other player on their roster. I believe he is number 23, a native, he stands at about 6’7 and 240lbs, he has averages that hover near a triple double, he is one of the most skilled and popular players in the league and he is the leader of the Cavs. That guy LeBron James. I believe the Cavs can win this series on the offensive end. They are just so much more talented and have a lot more weapons at their disposal. They rank in the top ten in the league in points per game, opponents points per game and rebounds.

The Pistons would have to play perfectly every game for them to have a chance at winning this series. They have to play to their strengths, rebounding and defending. I believe that can get one game, the Cavs sometimes lack discipline and may need a wake up call to get back on track. The center match-up will be interesting, Andre Drummond has had monster games this season offensively and on the glass, Mosgov and Tristan Thompson will have their hands full. LeBron James will most likely be matched-up with Tobias Harris; the two have had a little history in the past when they have played each other so it should continue in this series. Kevin Love should look to be more aggressive offensively in this series. He went out with an injury in round one of last season’s playoffs so he should look to remind everyone why the Cavs traded for him. Irving should also look to me more aggressive against Reggie Jackson. The Cavs won the season series 4-1 and I have the Cavs taking this playoff series 4-1.

This 1st round series may prove to be an interesting one. I don’t pick many upsets but given the Raptors recent playoff collapses I may be re-thinking my prediction. The Raptors were heavily favored to beat the Washington Wizards in last season’s first round matchup and that series did not go well for the Canadian team. This year the Raptors have been the second best team in the Eastern Conference for some time. Early in the season they had a very good record against the Western Conference. They finished the season with a 56-26 record. The Raptors won the regular season series against the Pacers 3-1. Both (skinny) Kyle Lowry and Demar Derozan have had stellar seasons. Derozan averaged 23 ppg this season while adding 4 rebounds and 4 assists. He has become the go to scorer for the team. The Raptors have been patient with Derozan since he was drafted and it has paid off. Both star players for the Raptors will look to erase last season debacle in the playoffs. For the Pacers, look for Paul George to ignite this offense and lead this team emotionally.

The Pacers once on the verge of greatness after they battled the Heat in the ECF a few seasons ago have had many roster changes and with George missing almost all of last season this return to the playoffs for the organization is a welcome sight. The team finished 45-37, with the support of Monta Ellis and budding young center Myles Turner, George looks to score an upset in this first round matchup. If the Raptors can continue to play the way they did in the regular season they should win this series 4-1.

Both of these teams have had pretty solid seasons. They both have won and lost an equal amount of games against each other in the regular season at 2-2. The Heat lost Chris Bosh during the middle of the season to blood clots, an issue that has plagued the Miami star for the last two seasons. Without him they have relied on Dwyane Wade to lead a cast of young players. Hassaan Whiteside had had another good season and has continued to show signs of growth both on and off the court. He is averaging a double double on the season and continues to show his prowess on the glass and as a threat defensively in the paint. Goran Dragic finally seems comfortable in Miami and their rookies Justice Winslow and Josh Richardson have been solid. However the Heat made one of the biggest moves of the seasons when they acquired Joe Johnson form the Brooklyn Nets after his contract was bought out. Johnson is a veteran and has playoff experience, with his talents and demeanor he fit well with Heat and they have been very successful since he arrived. Johnson is a proven scorer and with his size he creates matchup problems on the offensive end. With a healthy Chris Bosh there is no telling how well this team would have been.

The Hornets welcomed back Al Jefferson from injury in February and the team took off from that point. After the all-star break they were one of the best Eastern Conference teams. Kemba Walker has had a wonderful season; he is averaging a career high in points and has emerged as the leader of the Hornets. Nicolas Batum was added during the offseason and has been very solid. The Hornets are 30-11 at home so they must protect their home court against the Heat. The Heat at times struggles to score, they rank 23rd in the league, however with the addition of Joe Johnson they should be able to get some production offensively in the postseason. I have the Heat winning this series 4-2.

The Hawks were last season’s surprise team. They won 60 games and were the one seed in the Eastern Conference. They have not improved on that record this season as they managed to win 48 games. Kyle Korver, who had a historic year shooting from behind the arc last season, has struggled this season after surgery during the off-season. They had 4 all-stars last season and only two this year in Paul Milsap and Al Horford. The ball movement is not as smooth as it was last season and they just don’t seem to be as confident and disciplined on both ends of the floor like they were last season. Jeff Teague has not been as effective as he was last season, is assists are down which adds to the lack of ball movement this season for the team as a whole.

The Celtics make their second consecutive trip to the postseason with Brad Stevens at the helm. The young team plays a scrappy defense and seems to play for each other. What point guard Isaiah Thomas lacks in size he makes up for in heart. He is one of the toughest competitors in the league. He comes in leading the team in scoring with 22ppg this season. Last season they surprised everyone but this season there was no surprises for the rest of the league. The Celtics had quite a few big wins this season, one against the Golden State Warriors in Oakland showing that if they follow their game plan they can compete with the elite squads in the league. The Celtics are 5th in the league in points per game and 13th in opponents scoring in the league, so they can score and defend. The Hawks won the season series 3-1 so I believe they can continue this trend. I have the Hawks winning this series 4-2.