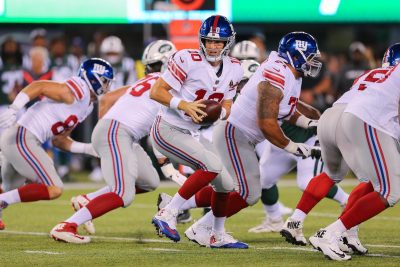 EAST RUTHERFORD, N.J. – The New York Giants and New York Jets meet annually for their preseason match-up, formerly known as the “Snoopy Bowl”. This has always been an entertaining game, no matter the direction of either team nor a lack of severity as the regular season. These preseason games are first hand looks of the progress made both in the off-season and in training camp.

The Giants were able to secure a 22-16 win over Gang Green. Here are three of the biggest takeaways from Big Blue’s win at MetLife Stadium this past Friday:

2 for 12 on Third Down Conversions