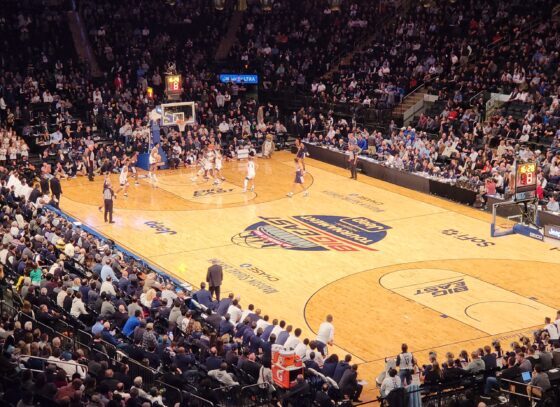 NEW YORK CITY, N.Y. – Friday night was a basketball fan’s dream, as a sell out crowd filled out Madison Square Garden. This is the 40th installment of the Big East Tournament, which is known for its high energy play and late game drama.

Creighton then went on a massive run to start the second half which put the game out of reach. It wasn’t until the 15:00 mark of the second half that the Friars scored their first points. In tournament play you can’t have scoring droughts like that and expect to advance.

The Blue Jays used that huge run to pace themselves to a 85-58 victory. Creighton impressed with their ability to score inside and out. Their balanced scoring attack which included four starters scoring in double digits, simply was too much for Providence to handle. The Creighton defense also stymied the Friars to just 30% shooting from the field (12% from downtown).

The second game of the night was much more competitive. This match up featured the Villanova Wildcats and the UConn Huskies. The crowd was divided as each side’s fans traveled well in support.

The first half was similar to the first game of the night, as both teams struggled to find a rhythm. Both teams missed some open shots but also were playing good defense. That is what kept this game close as Villanova took a 33-32 lead into halftime.

This game was won in the second half based on the experience of Collin Gillespie. Gillespie always seemed to put the Wildcats in favorable shot opportunities, as he amassed 10 assists. You can tell that he is the heart and soul of this Villanova team and his teammates rally around him.

The turning point of the game was when Brandon Slater came with a huge chase down block that got everyone out of their seat. Slater came out of nowhere to stop the would-be dunker and Villanova never looked back. UConn made it interesting by cutting it down to three late, but missed a half court heave at the buzzer.

This set up a Big East Tournament final between Villanova and Creighton on Sunday afternoon. Both teams squared off in the Championship game back in 2017, with Villanova coming out victorious. Creighton has been to the championship game previously three times, but has yet to hoist the trophy. Could this be the year they finally do it?

Barry Holmes is a Senior Writer for PureSportsNY.com.