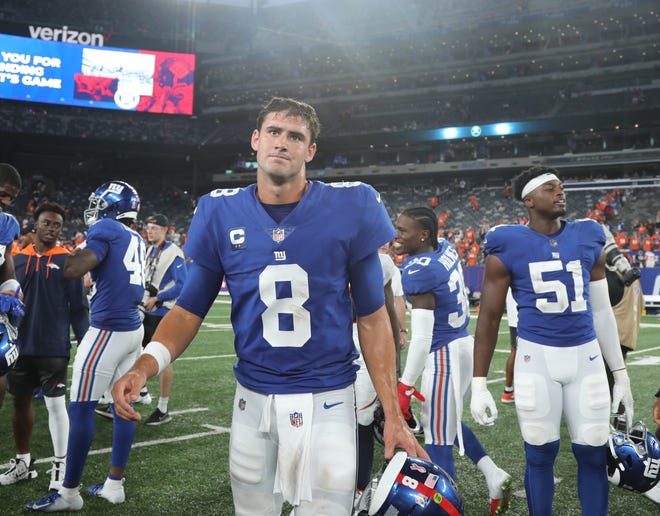 MetLife Stadium: A slow start to this one, at the end of the first quarter both teams are scoreless. Not much from the Giants offensive unit a combine 40 yard. Raven kicker Justin Tucker missed 56 yard field goal to end the first quarter.

The Ravens started the 2nd quarter with with 68 yard drive, end with a 30 yard touchdown run by Kenyan Drake, Ravens lead 7-0 with 9:30 left before halftime. On the next possession the Giants would answer with a 10 plays 58 yard score, Daniel Jones to Wan del Robinson 5 yard touchdown to tie the game at 7-7 with 3:21 left in the first half. The Ravens would answer with 58 yard drive ending with a 38 yard field goal by Justin Tucker..

Late in the fourth quarter things began to unravel for the Ravens. Lamar Jackson recovered a passed ball, instead of securing the ball, he decided to challenge the Giants defensive, which ended in a gaming sealing interception by Julian Love, giants defeat the Ravens 24-20 in stunting fashion..