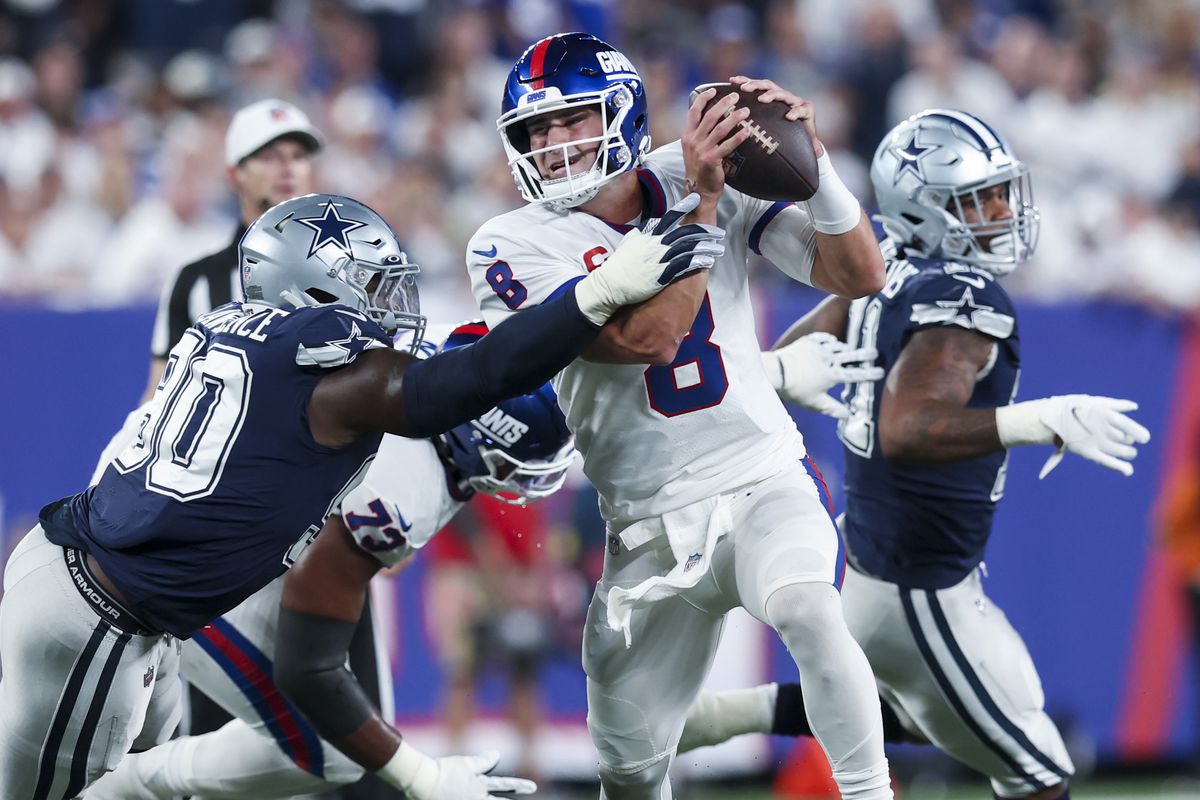 East Rutherford NJ. Heading into game the undefeated 2-0 in the division. Looking to start the season 3-0 for first time sense 2009, against divisional rival Dallas Cowboys. The Cowboys are without their starting Quarterback Dak Prescott, out with a fractured thumb. Slow start for both teams, defensive struggle in the first half, Cowboys lead 6-3 at halftime.

Aside from Saquon Barkley’s 36-yard touchdown run, the Giants’ best offense all night came when Jones escaped a broken pocket on a number of occasions to make plays with his legs. Jones had runs of 17 and 14 yards. He ran nine times for 78 yards, 8.8 yards per carry. The Giants got 10 first downs running the ball, and Jones carried for six of those.

The Giants fought until the end, but a Trevon Diggs interception on Jones sealed the win for Dallas.

A sad ending to the night for the Giants just became even worse because Sterling Shepard was hurt on that last play. It was a non-contact injury and he was in a lot of pain. He just got carted off the field.