With Giants Organized Team Activities slated to begin May 22nd, football season is just around the corner. The biggest question still remaining regarding the Giants is the contract talks with Victor Cruz. Eli Manning has been on record saying that it is very important for Cruz to attend the OTA’s, so they get the necessary practice needed. 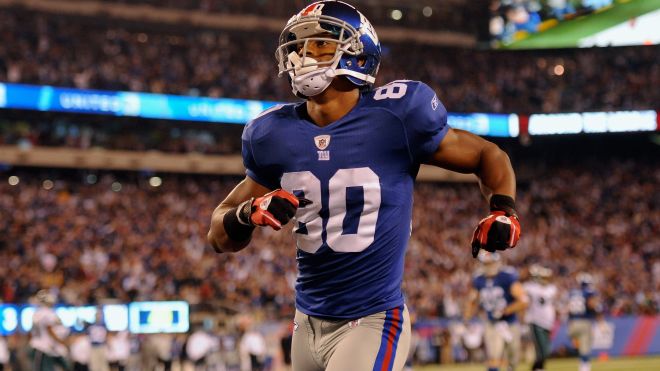 As per the new collective bargaining agreement, Article 21 states that OTA’s are to be held in 3 phases. Phase one is from May 22nd-23rd and activities are limited to strength and condition as well as physical rehabilitation only. Phase two is from May 29th-31st. Phase two workouts allow individual player instructions and drills and team practices are conducted on a separate basis, meaning that there are no team offense vs. team defense drills allowed, as well as no live contact. Phase three of OTA’s are from June 3rd-7th, and consists of no live contact, but 7 on 7 drills, 9 on 7 and 11 on 11 drills are permitted.

Victor Cruz does not have to report to OTA’s, as they are voluntary and he has yet to sign his restricted free agent tender. Recent news has reported that a deal between Cruz and the Giants is getting closer, but both sides need to compromise a little. The Giants are not going to budge much from the $7 million per year offer they submitted to Cruz’s camp, as they know they have to lock up young stars such as Hakeem Nicks and Jason Pierre-Paul in the immediate future. Nicks is viewed by the Giants staff as a true number one receiver and is more vital to team success than Cruz. With that being said, we all know what Cruz has meant to the Giants over the past 2 seasons, and everyone would like to see both of them signed for the long-term. Cruz also acknowledges how much he likes the Giants organization, and being a local kid from Patterson, New Jersey, he would also like to be with the Giants for the long-term. The NFL is a business, and decisions like this are just part of free agency and the salary cap era.