Giants: Players To Watch At Combine 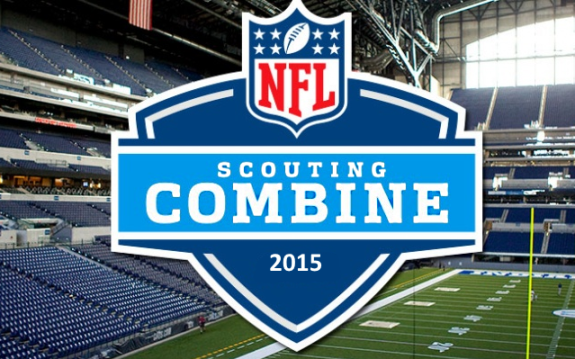 Last season the Giants struck gold when scouting at the NFL Combine when it came to Odell Beckham Jr. The Giant’s rookie sensation took the league by storm with his incredible athleticism and hands of glue. This year they will be hoping to repeat that same process by finding another top talent in preparation for this year’s draft.

New York had one of the worst offensive lines in football last year and it was a glaring problem all season. The running game struggled and Eli Manning was being hit before he could even think about taking a five-step drop. Its hard to be consistent without a good run game and even Odell Beckham can’t save you if the quarterback is getting pressured before the receiver even makes his first cut. Okay, maybe I’m being a bit harsh, but all I’m saying is expect the G-Men to keep a close eye on offensive lineman in Indy.

The 6-4 lineman out of Iowa has been the favorite to go to the Giants at 9 in many mock drafts and for good reason. Arguably the best rated lineman in the draft many compare him to Zach Martin, who brought consistency to the Dallas O-line last season. Although many see him at guard, his measurables say tackle isn’t out of question. Scherff is a dominant run blocker with the strength to lift a truck. Many feel he could improve at pass-protection, but he does a good job at recognizing blitzes and keeping defensive ends from setting an edge.

What about a rush is more like it. The Giants have had Super Bowl winning seasons when they have shown they can consistently get to the opposing quarterback. With Mathais Kiwanuka and Jason-Pierre Paul possibly out the door soon it’s time the Giants start to serious look at some replacement options, some younger ones at that.

This brings us to our second guy Dante Fowler Jr., FL, OLB

At 6’3″ and 260 lbs Fowler has a athletic build with longs arms. He has a very quick first step and can rush from a two or three-point stance. He can play both ends and has the moves to do well in the pros. Many believe he is just starting to adjust to better improve his play. An AFC East college director of scouting said Fowler will be way better in the pros. With a high ceiling and the tools he possesses many coaches would love for a chance to coach this guy. And I think he is what the Giants need.

With 3 of the Giants safety’s set to be unrestricted free agents, New York may be pushing towards taking a safety in the first round.

Collins is the type of player that energizes his team and sets the tempo for the game. He’s at his best stopping the run and cutting off the running back’s angle towards the sideline and is a strong tackler. He isn’t easily fooled by the quarterbacks eyes and limits yards after catch.

It’s not a move I’m expecting, but could New York take a receiver in the first round for the second year in a row? If so look no further than Devante Parker, WR, LOUISVILLE.

I know Green-Beckham and Beckham would sound great together, but Parker would fit in perfectly in a Giants uniform. He isn’t the fastest receiver, but what I love about this guy is he catches everything thrown to him and with his long arms he would be the guy Eli Manning could throw it up to in the end zone. Used to playing with defenders on top of him Parker maintains focus and consistently comes down with the ball. Big Blue has Beckham who has the speed and hands. They could have Victor Cruz with his route running over the middle. The only guy they are missing is that go to guy in the end zone for Manning to throw it up to. Parker would fit in like a glove.

One huge hole for the Giants is at linebacker, but don’t worry Giants fans because I have a guy that I believe is going to turn out to be an absolute steal in the draft. If he is there in the second round like expected New York should snag this man.

At 6’0″ and 240 lbs many are starting to question me. Isn’t that a little undersized. Is it though? Patrick Willis is 6’1″ 240 and last time I checked he’s not doing bad playing for the Niners. Now I’m not saying this guy is the next Patrick Willis, but I’m validating his size. Perryman knows how to lay a hit and does a good job tackling. He covers his territory and has good vision through blockers. He’s old school and knows how to tackle. Simple as that. Tackling is such an underrated part of the game and adding a great tackler to a team can help out tremendously. Although many question Perryman’s coverage ability, the Giants have an above average secondary to help him out. I could see him fitting in very nicely in New York.