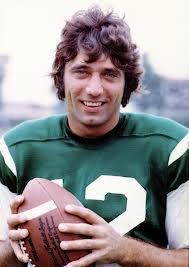 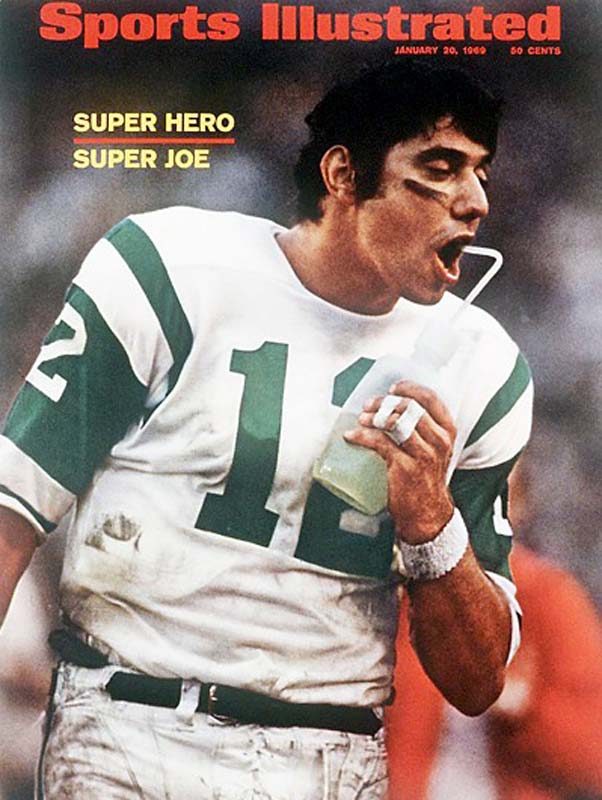 Namath was one of football’s first true superstar on and more importantly off the field; known for his good looks and overconfidence. He is still a legend in New York and is best known for his ‘guarantee’ in Super Bowl III. His New York Jets of the American Football League were given no chance beat the heavily favored National Football League  Baltimore Colts. Namath delivered with a 16-7 victory, and the AFL-NFL Championship game would never be the same. A little known fact, Super Bowl III was actually the first time the term ‘Super Bowl’ was used to describe the Championship game.

Joe changed the landscape of the NFL as we know it today, proving that the AFL could hang with the big boys of the NFL. “Broadway Joe,” who was inducted into the Pro Football Hall of Fame in 1985. Joe still stays in the New York spotlight as he is very outspoken about the current state of the Jets. Namath was a major part in delievering the Jets their first and only Super Bowl title, so if he wants voice his opionion, so be it.