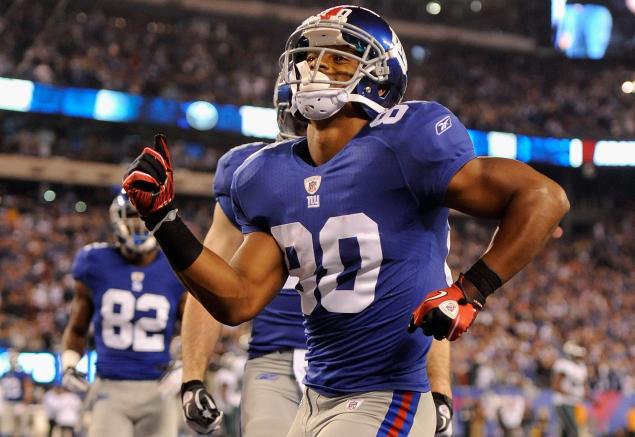 As monumental as Victor Cruz was to the Giants offense over the past 2 seasons, he has been nothing but a giant dilemma this off-season. According to the New York Daily News, Victor Cruz has been in negotiations, just not with the Giants.

Cruz is looking to land his own reality TV show, and according to Cruz, he wants the show to be mainly focused on himself. Sounds like Cruz has done a complete 180, after being on record telling the media that his sole focus would be on football, and not his personal life. Cruz confirmed this in a quote on nydailynews.com, “I definitely want it to be my show,” he said. “My own thing, something that I can contribute to and something I like to do, I can be comfortable with, and an easy show, something people like to watch and that people can be in tune with on a daily basis.”

The New York Giants organization, along with their fans must be pulling their hair out when it comes to the Cruz dilemma. He was a restricted free agent this off-season, meaning all 31 NFL teams not named the Giants could have offered him a restricted free agent tender. In doing so, the team offering a tender would lose forfeit their first round pick in next year’s draft, to the Giants along with the burden of having to re-sign Cruz to a lengthy extension. All 31 teams past on that notion, which means all 31 teams do not think Cruz is either worth a 1st round pick or worth the money.

In contrast, the Seattle Seahawks made a move for Percy Harvin, agreeing to a trade with the Minnesota Vikings. They traded their 2013 1st round choice along with extending his contract (6-years, $67 million). In short, the Seahawks valued Harvin more than Cruz, working out a trade as opposed to offering a restricted free agent tender.

If Cruz wants to make amends with the Giants brass, he should start by staying out of the media and attending Giants team activities. We have seen with the Giants organization and GM Jerry Reese, as most recently with Osi Umenyiora, that the Giants will not be forced into agreeing to contract demands.