Nets “Slip” into Season Opening Loss; Despite 50 from Kyrie. 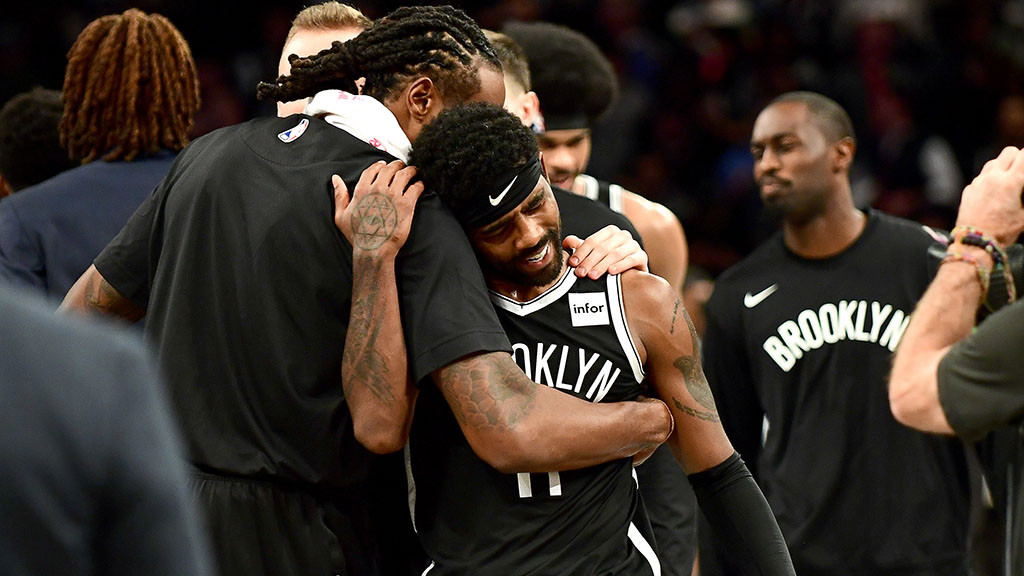 With the second night of the NBA underway, and 11 games on the evening, it was hard to keep track of all the new season excitement. But one game stood out, as Kyrie Irving made his Nets debut.

He dropped 50 points, broke 4 different records, and didn’t turn the ball over once. However, the opening game wasn’t perfect, as he “slipped” into a disappointing loss.

The Nets hosted the Minnesota Timberwolves in the Barclays Center on Wednesday night. Not only did they display a new court, but they also showed up with Kyrie Irving and Kevin Durant on the sideline —in a suit–. It’s safe to say that the Nets’ lineup looks a lot differently this season.

The Barclays Center erupted as Kyrie knocked down his first shot —the first of many for the night— and this was surely a homecoming feeling indeed. Kyrie decided to leave the Celtics and come “home” to New York —sorry Knicks fans— many wondered how this would work out, and Kyrie assured the fans “I have the opportunity to be here for a few years,” Irving said. “I got some guys who came with me, who believe in what we have going on here, some young guys that have developed since being drafted. We want to see it through. It’s just exciting to know we have a little bit of longevity here to know one another and get better.”

Irving showed emotion after the Nets loss, but this proves his already undeniable loyalty and dedication to his new team. He choked up as he delivered the opening speech to the fans. He also made it clear that “50 just goes into just another few numbers that — it holds value, but not really when you don’t get a win.”

The Nets start the season 0-1, but they have a bright and exciting future ahead… And let’s not forget Kevin Durant is on the roster… Brooklyn looks forward to it.

Nets will host the Knicks Friday evening at 7:30 p.m.