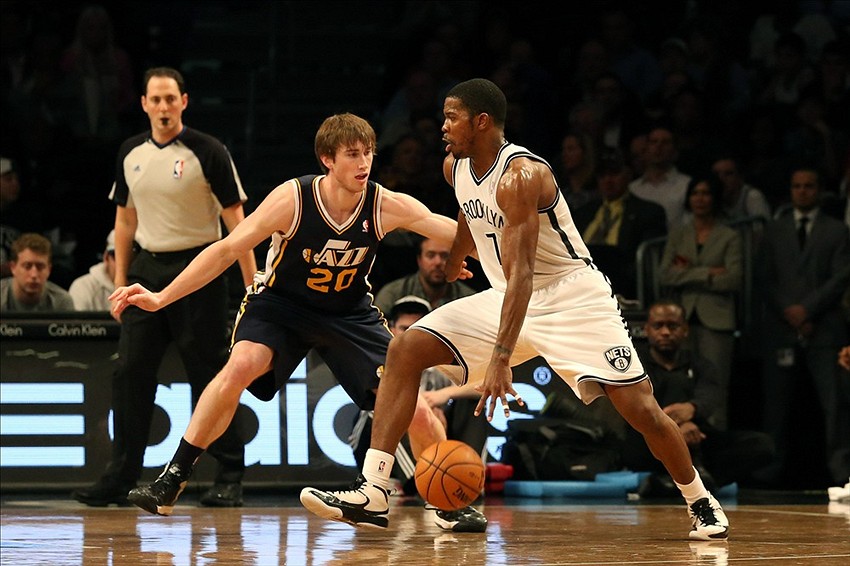 Tonight the Brooklyn Nets host the Utah Jazz at the Barclays Center on a brisk and frigid evening on the eve of the city’s first major snowstorm. The Nets look to Warm up their fans and pick up a win after four consecutive losses. The Jazz come into tonight’s game losers of two straight. One of these losing streaks will end tonight.

The Nets offensive woes continue under new head coach Tony Brown, who has only one win under his belt since taking over for Lionel Hollins. The Nets have scored 80 points or less in four of those games and have failed to score more than 100 points in 7 of their last 10 games. Some of this can be contributed to injuries as Jarrett Jack went down with a season ending knee injury. Joe Johnson marred in trade rumors is also still struggling on the offensive end. Brook Lopez and Thaddeus Young have been the bright spots for this team as they continue to lead the team in scoring and rebounds.

The Jazz come in as one of the top defensive teams in the league, in fact they are ranked 5th in opponents points per game. However they rank in the bottom of the league in scoring at 25th. They can stop you but they also don’t put up a lot of points themselves. Swingman Gordon Hayward and former Nets big man Derrick Favors who was with the team while they were still called the New Jersey Nets lead them. Defensively the Jazz are backed up by rising big man Rudy Gobert who has been nicknamed the “Steiffel Tower” because of his impressive defensive play at the rim. In his last game he had a very humbling block against Carmelo Anthony of the New York Knicks. He brings nearly 3 blocks per game and he pulls down 10 rebounds a night.

Keys for the Nets:

Keys for the Jazz:

Both teams struggle offensively so this game will most likely be a low scoring affair. The Jazz can create problems defensively for the Nets, as they are young, athletic and very active on that end of the court. Trey Burke since being moved to the bench has been very effective for the Jazz. It’s very simple for the Nets, they must score the basketball, move the basketball and play with a sense of urgency and pride.

Tune into PureSportsNY tonight at 7:30pm as the Nets protect home court against the visiting Utah Jazz.