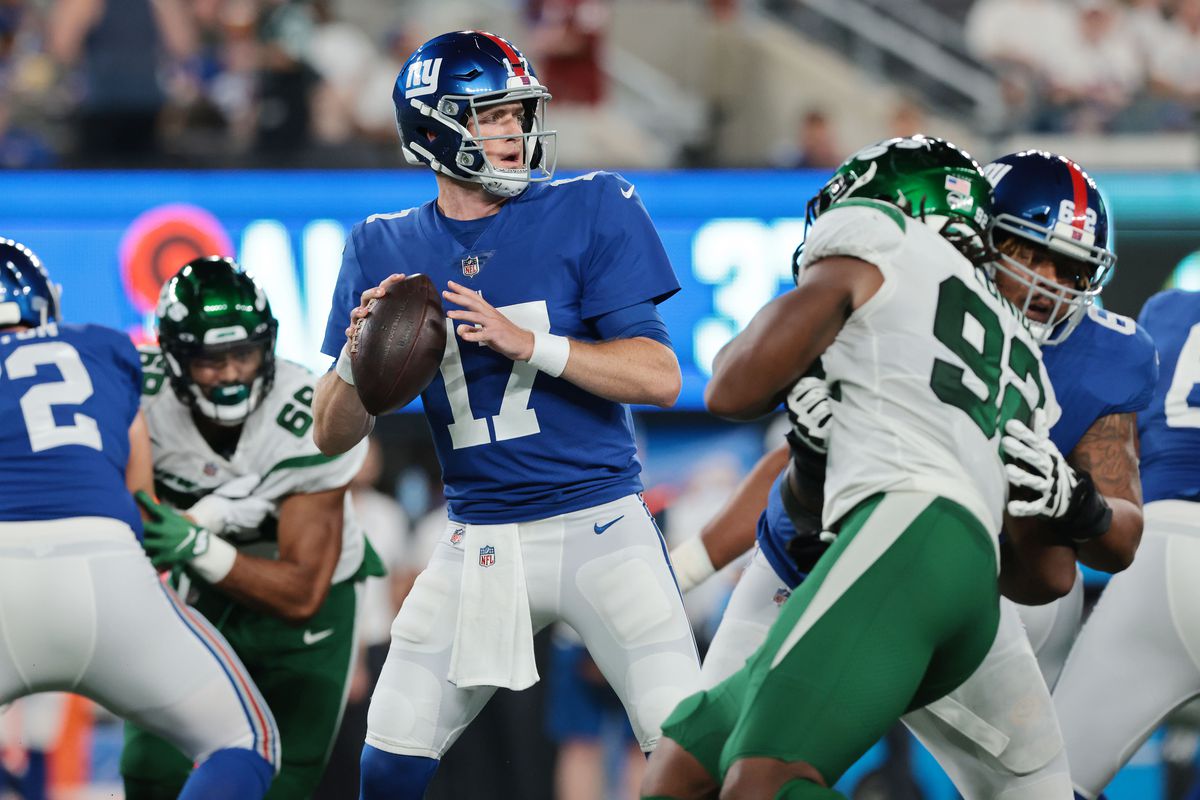 East Rutherford NJ: Football is back at MetLife stadium, the annual Snoopy Bowl, Gang Green vs Big Blue for bragging rights. I’m in aww of the crowed that showed up for the game. Daniel Jones sidelined for this game team option. Gang Green scored the first point of the game 20 yard FG by Chris Naggar. Zack Wilson appears to be ready, Wilson connected on 4 out 7 passing attempts for 46 yards.

Late in the 3rd quarter the Jets backup quarterback Mike white connects with Mongomety for 22 yard to set the only TD of the game on 6 yard run by La’ Mical Perine, Jet 10 Giants 0..

Although it’s preseason the the Giants appear to have some major concerns on the offensive. Daniel Jones and Saquon Barkley both are returning from injury. Missing live game action will affect the team at the beginning of the season. Saquon Barkley can’t return to full-time action fast enough.

An eagerly-anticipated opportunity to debate the two rookie receivers new to the Big Apple – the Giants’ Kadarius Toney and the Jets’ Elijah Moore – did not materialize. Neither played in the game, and after a strong early part to the week, Toney’s workload has been lessened over the past few days. Moore is out with a quad injury.

Jets defense appeared to be the best unit on the field last night. Jets win defensive slug fest 12 to 7.