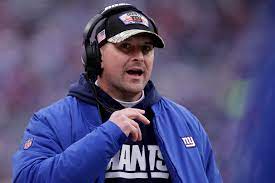 The move comes a day after general manager Dave Gettleman retired after four seasons on the job.

“(Co-owner) Steve (Tisch) and I both believe it is in the best interest of our franchise to move in another direction,” Giants co-owner John Mara said in a statement. “We met with Joe yesterday afternoon to discuss the state of the team. I met again with Joe this afternoon, and it was during that conversation I informed Joe of our decision. We appreciate Joe’s efforts on behalf of the organization.

So, Judge improbably was fired on Tuesday after two years and a 10-23 record. It’s another two-and-done coach for Mara, whose hiring record has been poor as the Giants get further and further away from that Super Bowl win in 2011.

Now, the Giants will embark on yet another coaching search, the fourth in seven years.