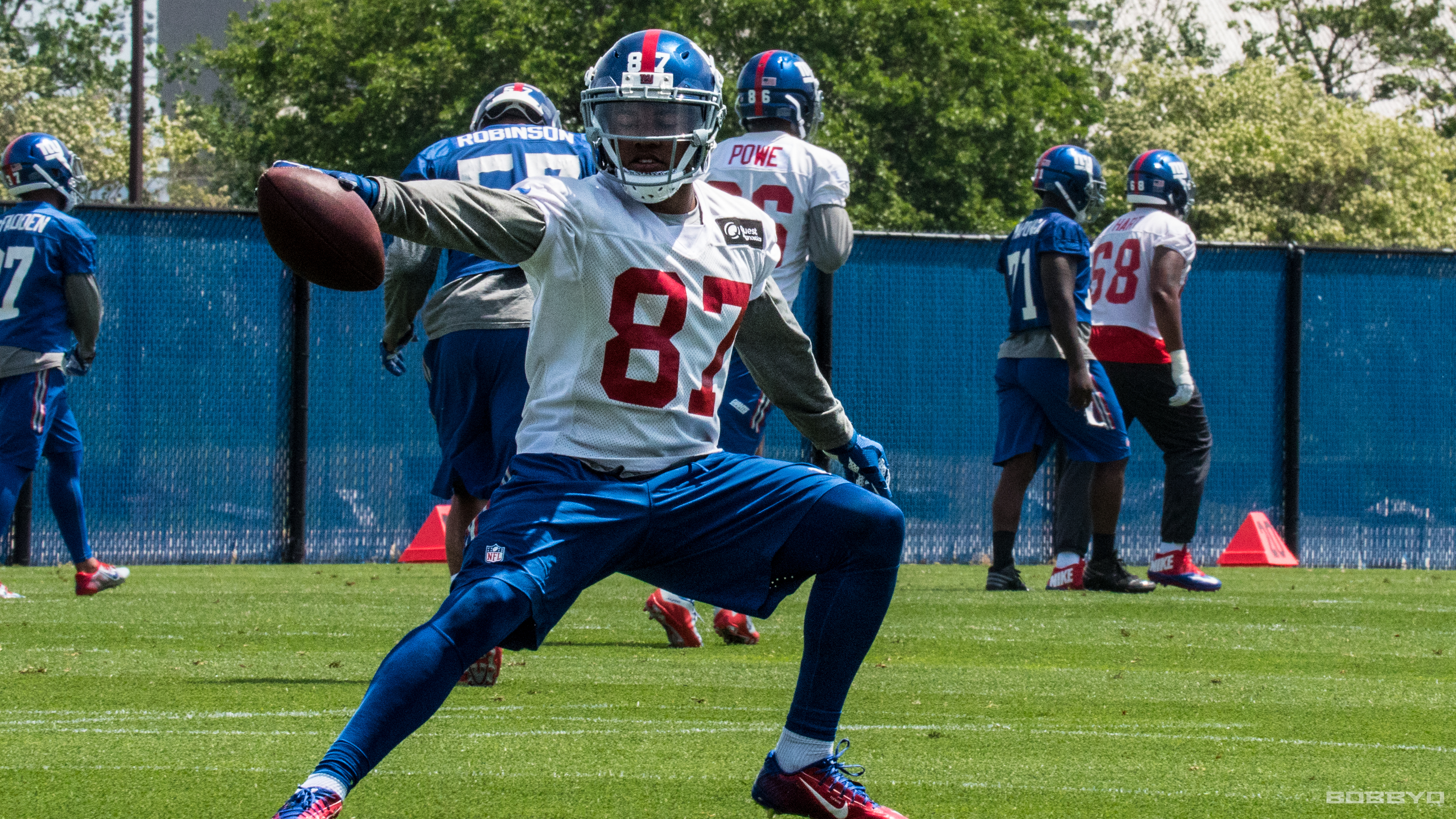 EAST RUTHERFORD, NJ- The Giants have been practicing redzone drills and 1 v 1s often the past few days at camp and it always provides for much entertainment. One of the biggest moments of the day was when rookies Eli Apple and Sterling Shepard went at it one on one. Here’s how it went today

Shepard won this battle, but Apple has been playing very well so far and the two seem to enjoy improving each other’s game.

Shepard beat out Apple on that play, but his focus should continue to be securing his starting sport that he is currently projected. His real competition is at his own position, where the competition has been in full force.

“We all try to put pressure on each other, it’s just going to intensify the play effort on the practice field.” He said, “So, we’re all trying to make plays, everybody is trying to make the team so of course you’re going to have guys give it their all. Guys like you mentioned are doing a great job, especially guys like Roger [Lewis] and Darius [Powe].”

This recieving core is talented and the last few roster spots will be depending on the preseason games, which start Friday night vs Miami.