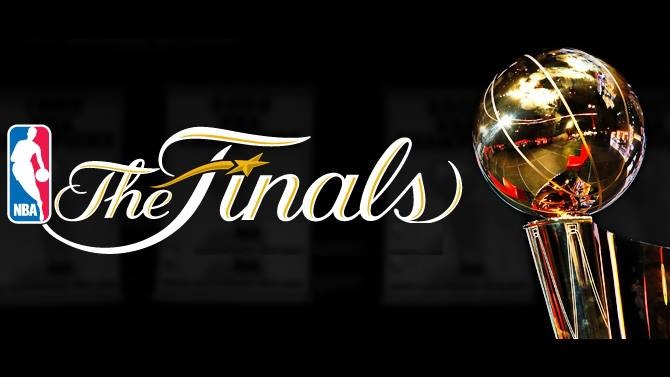 The long awaited and highly anticipated game one match-up between the Cleveland Cavaliers and Golden State Warriors did not disappoint. The game had all the drama that one needed to enjoy during a championship game. The hyped was lived up to. With NBA legends in attendance and the fans eagerly watching both teams executed their games plans resulting in one of the more exciting game 1’s ever played.

The Cavs were for some reason labeled as the underdog in this series, mostly because of the uncertainty of the new team, uncertainty of Kyrie Irving’s ability to perform at a high level and the injury to Kevin Love. The Cavs after a few jitters in the first minutes took over the game. Most notably LeBron James who was aggressive to begin the game and would not relent throughout. He was masterful and seemed to be getting whatever he wanted especially in isolation situations. He was able to take advantage of all the single coverage match-ups as he distributed the ball to his teammates. He finished with 44 points on the night while taking the most shots he ever taken in a finals game with 38 shot attempts.

The story early was the play of James and the rebounding battle, which at first Cleveland was dominating, particularly Tristan Thompson who had 15 boards on the night and in the first quarter he was playing with more energy than the Warriors front court. Timofey Mosgov finished with 16 points and had a few thunderous dunks in the first half. The Cleveland bench did not play well in fact they played horribly, J.R Smith was the only player to score off the bench for the Cavs and he shot a dismal 3-13. The story of the game for the Cavs was Kyrie Irving, he played well, scoring 23 points and was weaving his way in and out the paint creating havoc on the offensive end of the floor however as faith would have it Irving still recovering from a left knew injury, reinjured his knee in overtime and limped off the court. It was later revealed that he fractured his left kneecap and would not be able to compete for the rest of the series. Irving requires surgery that will have him sidelined for 3-4 months. This was a huge blow to the Cavaliers they are already down one star player now they are down another leaving only James to carry the load and lead the team.

The Warriors started the game somewhat slowly but they were able to spark some of the fire and energy that they usually played with. They came in with an obvious game plan and executed it to perfection. Coach Kerr stated that they were not going to double LeBron and limit the scoring opportunities for the rest of the Cavalier players. It worked well, even though James had a chance to make it look like a horrible game plan as he was isolated at the end of regulation but he missed the shot. Stephen Curry also started off slowly but picked it up in the second half and showed why he was the MVP. The Warriors threw many different defenders at LeBron, Draymond Green, Harrison Barnes, Klay Thompson and Andre Iguodala. Iguodala or as coach Kerr calls him their “insurance plan.” He defended LeBron well and was guarding him on the last possession in regulation forcing him into a tough shot. The Warriors should name Harrison Barnes Mr. Big Shot; he always seems to perform well in crucial situations in the playoffs. Klay Thompson did not shoot well but finished with 21 points and held his own against LeBron when he did have to defend him in single coverage. The MVP scored 26 points while shooting 2-6 from behind the arc. With Irving playing well Curry had to work on the defensive end however his teammates had his back, every player that got on the court scored for the Warriors. Barnes finished with 11points, Green contributed with 12 points and Andre Iguodala had 15 big points off the bench.

Moving forward the Cavaliers must regroup and figure out how they are going to compete offensively without Irving. LeBron cannot do it by himself, the bench must play well and someone has to step up offensively. The Warriors should execute the same game plan especially now with Irving being out, the Cavs do not have the luxury of having many players that can create off their own dribble which will slow down their offense and force James to take more shots to shoulder the load.