Which Victor Cruz should the Giants expect? 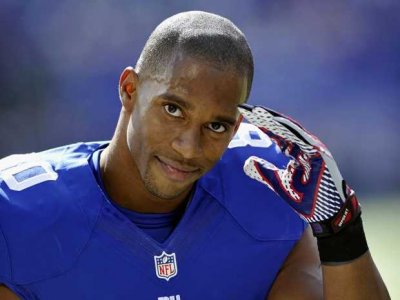 Victor Cruz officially signed. Cruz signed his first-round restricted free-agent tender over the weekend, a strategic move on his part. His tender is worth $2.87 million, and if he did not sign the tender by Monday, the Giants had the option to reduce his salary to a measly $630,000.

What Victor Cruz should the Giants expect to get when they open training camp in 6 weeks? Truthfully, only Victor Cruz knows. Is this going to the the Victor Cruz who was a motivated un-drafted free agent out of UMASS, or are the Giants going to receive a ‘I am just here because I have to be’ Victor Cruz? Will Cruz still have that same motivation to prove all his doubters wrong when all 32 teams passed on him multiple times?

There is no doubt that when Cruz is on top of his game, he is one of the best slot receivers in the National Football League. It is understandable that Cruz would like to maximize the most money he can get; as NFL players shelf lives are shorter than any other major professional sport. However, the Giants are a team first organization, and only time will tell how the Cruz saga will play out.

Cruz does need to keep in mind that Wes Welker has put in more service in the NFL and has better career totals than Cruz does to date. Welker never received the ‘monster’ pay day that he was looking for, so Cruz should use that as a learning tool and re-consider the reported offer from the Giants of $7-8 million annually. Sure, everyone thinks they are worth more than they are being paid, however in the world of the NFL you are only worth what a team  is willing to pay for you.  If Cruz does come to camp with a bad attitude, don’t think for a second the Giants won’t take notice, along with the other 31 teams in the NFL.

It is very hard to predict how this is all going to play out, but the most logical and positive result would be for the Giants and Cruz to reach a mutual agreement. The Giants do have leverage, as they can franchise Cruz, or look to trade him, if he does not come to camp with the ‘team first attitude’. Look for this to be a major story all year round.