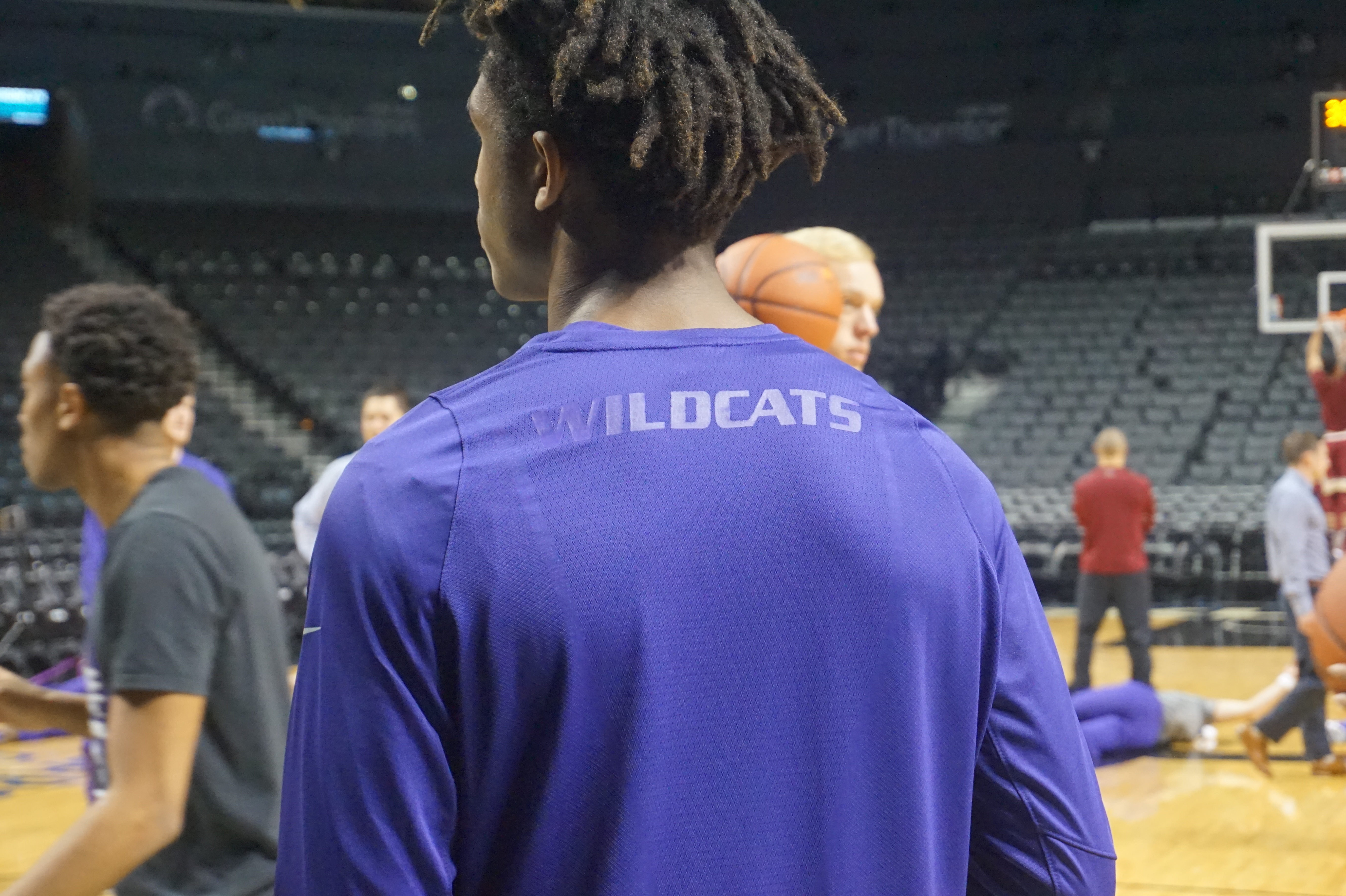 In a Big 12 Conference vs. ACC match-up, the Kansas State Wildcats battled the Boston College Eagles in Brooklyn NY at the Barclays Center. The Eagles came in with a 3-1 record while the Wildcats are undefeated at 4-0.

The Wildcats are led by sophomore Barry Brown who is averaging 15.3 points per game and is one of three players that average double figure scoring for Kansas State. A sophomore also leads the Eagles; Jerome Robinson leads the team with 19 points per game and 6.5 rebounds per contest, he is also the only player on the roster that is averaging double figures in scoring.

Both teams found it difficult to score the basketball early on in this game. Turnovers were plentiful, especially for the Eagles who had 14 in the first half of the game. Kansas State applied some great defensive pressure as well as they had 8 steals in the first half. Boston College look out of sync as they had quite a few errant passes, Jerome Robinson had 4 turnovers himself and struggled offensively in the first half.

For Kansas State, freshman Xavier Sneed had himself a great game. Wesley Iwundu exited the game with two early fouls and Sneed took advantage of the playing time. He finished with 16-points, 8 rebounds and 3 steals.

Kansas State looked poised for most of the game, with about 5:43 left in the first half senior Dean Wade drove down the middle of the lane for a powerful one handed crush that brought the Wildcats fans to their feet. Boston College did respond and tired to keep the game within reach in the first half. At the half Kansas State led 31-22 as Boston College only managed to scored 7 field goals and shot a dismal 29.2% from the field.

Both teams came out of the intermission with more energy, however the Kansas State defensive pressure was just too much for the Eagles. They forced 7 more turnovers in the second half while improving their field goal percentage to 57.7%.

“We took away some stuff….We made them a little frustrated….” – Coach Webber (Kansas State)

After a 3 by Barry Brown, the Wildcats took a 49-35 lead with 9:56 left and never looked back. Their largest lead was 18 and coach Bruce Webber attributed this to their defense. He also spoke about their ability to knock down shots from behind the arc, which ignited their offense in the second half. They shot 0-10 in the first but in the second they shot 7-13.

Boston College had three players in double figures, Jerome Robinson finished with 11-points which is below his average, 3 steals and 3 rebounds. Ky Bowman was their leading scorer in the game and he finished with 13-points and 5 rebounds.

With this win the Wildcats improve to 5-0 and they will face Maryland at the Barclays Center for the Brooklyn Hoops Championship.