Giants Win But Eagles Fans Had The Last Laugh 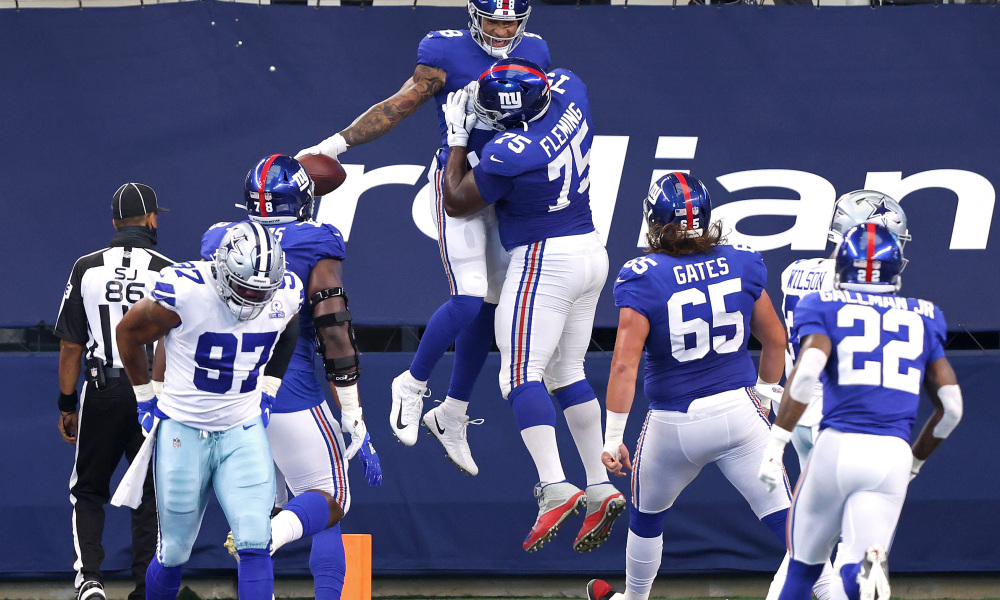 East Rutherford NJ: The NY Giants fought to the end to keep their season alive with a win over the Cowboys 23 to 19. Unfortunately the didn’t controls it’s own destiny, their faith lied with the Philadelphia Eagles. An the outcome was unfavorable for Giants fans.

Much will be made of Mike McCarthy’s non-challenge that led to a field goal and forced the Cowboys to have to try to score a touchdown late instead of kicking their own go-ahead field goal, but Dallas threw away more opportunities than just that. Not the least of which was a crucial drop by rookie CeeDee Lamb the Cowboys’ final series that would have put them in reasonable scoring position inside the 10-yard line. Dallas receivers had five balls slip through their hands on the day.

At the end, it was the Giants who prevailed through the wind, rain, and cold to put themselves in the best position to become NFC East champs. Unfortunately, Alex Smith was able to lead the Washington Football Team to victory in Philly, giving Washington the division title and a trip to the playoffs,

Thirty one years ago today I was fortunate enough to share this special day with my teammates, my family and our incredible Fans. #HTTR @Commanders

TMKS Hour 1: The guys reveal their Super Bowl predictions, and there could be a drastic shift in the Pro Picks standings after this weekend

Mets, Jeff McNeil reportedly agree to a 4-year extension with a club option for 2027, per http://MLB.com's @AnthonyDiComo.

Breaking news: The Mets are in agreement on a four-year, $50 million contract extension with Jeff McNeil that will keep the National League batting champion in Queens through at least 2026, a source confirms.

In 2022, the Bucs blocked QB coach Clyde Christensen from becoming Miami's offensive coordinator, which would have included a big raise. In 2023, the Bucs essentially forced Christensen out. https://wp.me/pbBqYq-cwq9

Literally all the adults involved in the Berhalter-Reyna drama have now lost their jobs.