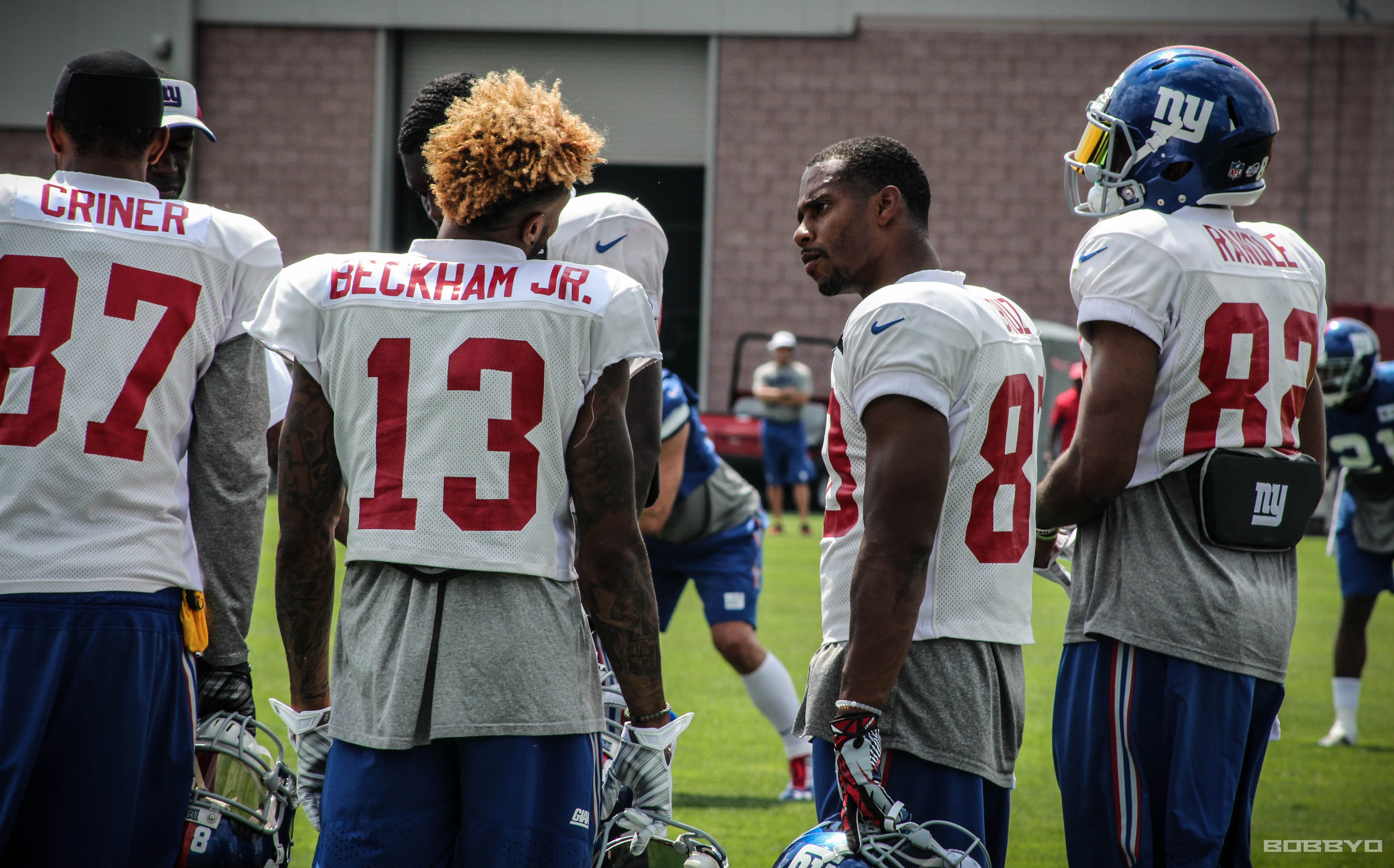 EAST RUTHERFORD, N.J. – The New York Giants opened up their training camp Friday, eager to get past a disappointing season. The Giants were coming off a 6-10 season, and missed the playoffs in a competitive NFC East.

Victor Cruz tore his patellar tendon in his right knee in Week 6, which sidelined him for the rest of the season. This allowed for the emergence of rookie sensation, Odell Beckham Jr. Beckham Jr. missed all of training camp and the first four games of the season with a hamstring injury. When he came back, he performed at a high level which earned him Offensive Rookie of the Year honors. Beckham Jr. tallied 91 receptions for 1,305 yards and 12 TDs.

Cruz before being injured last year, had 23 receptions for 337 yards and only 1 TD in six games. In 2013, Cruz had the least amount of TDs (4) and yards (998) in his career. Coming off two tough seasons,Cruz is eager to get back on the field and get back to his high level production.

The 2015 season is one that is promising for the Giants. They will have their electric receiver Cruz back, and he will be paired with a polished Beckham Jr. The two will help each other get opportinuties with their great route running and being down field threats.

Both participated in training camp Friday, which was encouraging for Giants fans. Tom Coughlin had Cruz and Beckham Jr. take limited first team reps. It looks as if the two receivers will be gradually worked into their starting roles throughout training camp.

“It’s just gonna be that kind of rotation,” Coughlin said. “They have a pitch count. They have a prescribed workload.”

The progress of Cruz and the further improvement of Beckham Jr. will be interesting to see moving forward with training camp.