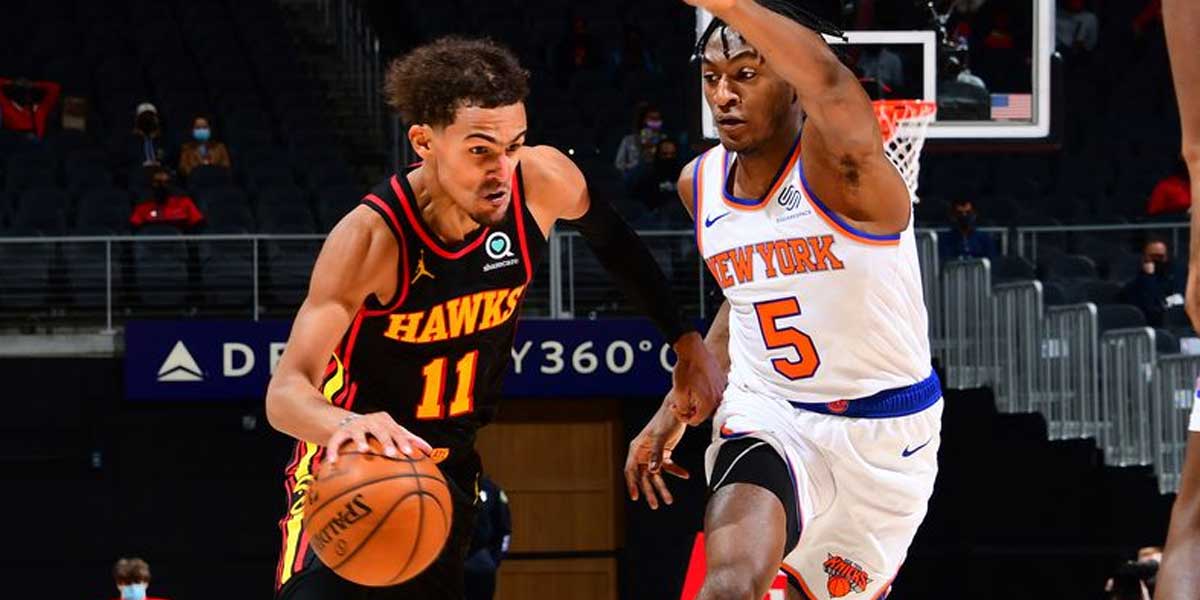 New York: The Knicks took the court at the world most famous arena ( Madison Square Garden), as a member of the post season, for the first time in 8 years. The Garden was packed with enthusiastic fans hungry for a payoff win.

Julius Randle the Knicks MVP, struggle to find his game. He finished the game with 15 points 12 rebound and 4 assist. RJ Barrett in his second season and his first time in the playoff finish with 14 points 11 rebound and 1 assist, the question remains are you “New York Tuff” can you dig deep and find the grit and muscle it takes to win.

Derrick Rose in his second stint with Knicks showed he has what it takes to play at the Garden, when the going gets tough. Rose was dominate of the bench, dropping 17 points 5 rebounds and 5 assist.

Many in the loud crowd of more than 15,000 jeered Young throughout the night but he got the final word when he drove right through the Knicks’ defense and floated in his shot from right of the basket, then put his fingers to his lips to tell the crowd to quiet down. Hawks win 107 t0 105..