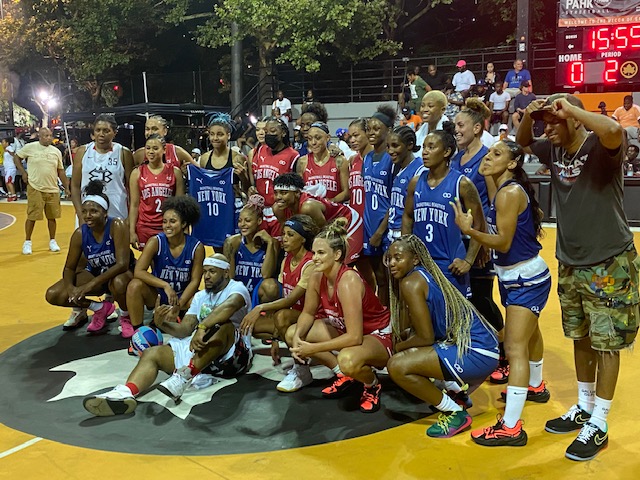 LA beauties made their way to New York for the first annual LA versus NY all-star game. Basketball Beauties League was originally founded in Los Angeles in 2016, before expanding to New York in 2019, and Puerto Rico in 2021. Over the past two years there has been built up tension surrounding the LA vs NY rivalry. Unfortunately, Covid did push the all-star game back by a summer however, this year was a success.

New York is known for their intense street ball culture. The game was played at the legendary Rucker Park, the mecca for street basketball. The LA beauties got an experience they will not forget. Playing outside is one of the most “New York” experiences there is. From the MCs to the rowdy fans the players fought with intensity and energy received from the environment.

Overseas player Niki Avery took MVP of the all-star game. She was a key player in New York’s defeat over LA. Her talent, speed, and abilities helped in giving New York the advantage they needed to win. In addition, she won Co-MVP of the NY Basketball Beauties 2021 summer league alongside Renee Taylor. Renee is another crucial player that contributed to NY’s victory over LA. She is a factor on both ends of the floor. From her crafty ball handling skills, to scoring capabilities on offense and her quick hands on defense, she is able to be effective where it counts.

It will be exciting to see how this event will grow and develop each year. Every year the location will alternate between the states to give each team the homecourt advantage. Next year the all-star game will be played in Los Angeles. That being said, it will be interesting to see who will take the title in 2022.