Cruz Stands Up For Odell Beckham Over Headhunters 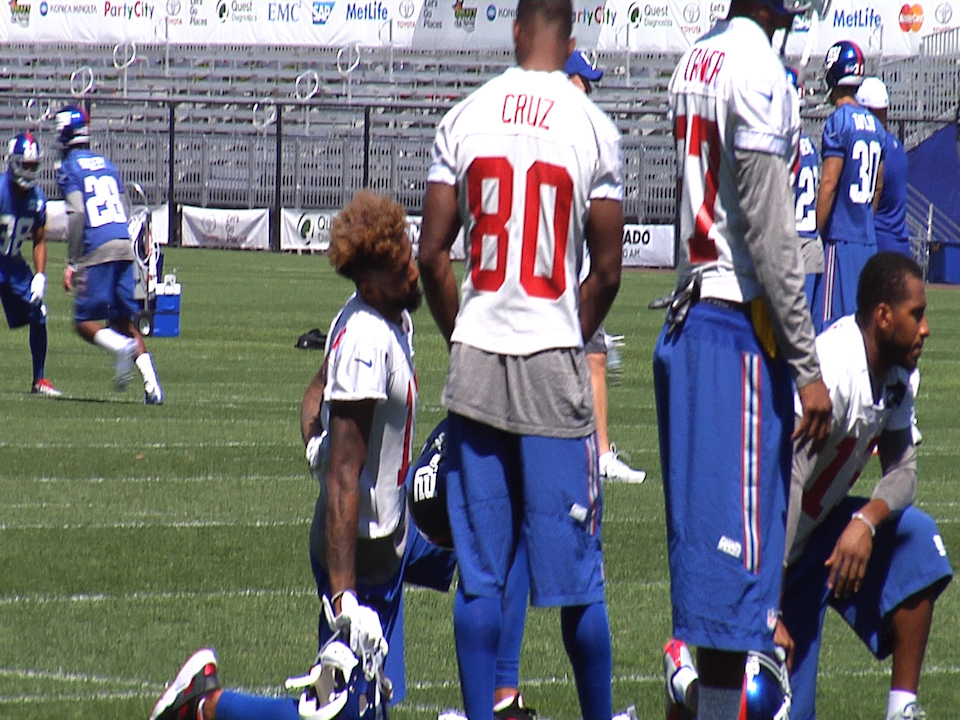 Odell Beckham Jr. is the cover of Madden 2015 and some Jaguars players aren’t fond of it, according to Victor Cruz the new star wideout is being targeted. Now the main receiving option on the team, Beckham is getting the superstar treatment and on the field that isn’t always a good thing. Victor Cruz spoke to the media before practice Tuesday and stated how upset he was about the way the Jacksonville Jaguars cornerbacks were “gunning” for Beckham. Cruz, who is sitting out with a calf injury, was also disappointed that he could do nothing, but watch from the sidelines.

“I was a little unhappy last week because I felt some of those DBs were gunning for him,” Cruz said before Giants practice Tuesday after being held from the game. “It was sad to see that go down because I felt like I couldn’t help him. Couldn’t go out there on the field and run routes with him, take some of the pressure off him, things like that.”

Going on about his displeasure with the situation, Cruz mentioned how obvious it was by mentioning that at times it didn’t ever appear that the corner’s intentions were to go for the ball.

“Yeah, I mean like certain stuff I was seeing on the field. Just when guys have the opportunity to get an interception and they don’t even go for the ball,” Cruz said. “I get it, it’s preseason, you’re trying to get a job, and I understand that, but let’s just keep it within the game a little bit.”

Being a Pro-Bowl player himself, he understands the situation Beckham is in. It’s going to be a different story this year. Now that Odell Beckham is officially in the spotlight, he will be targeted and double-teamed everywhere this year and according to his teammate, some opposing players will do their best to lay a good shot on the 2nd year star.

“I dealt with that a little bit, as well,” Cruz said. “It’s just something he has to deal with and battle through. He’s a smart kid and he knows that. You’ve got to expect it every game.”

Now we know the reason why Beckham never takes off his helmet even when stretching. There’s people trying to take out his head!