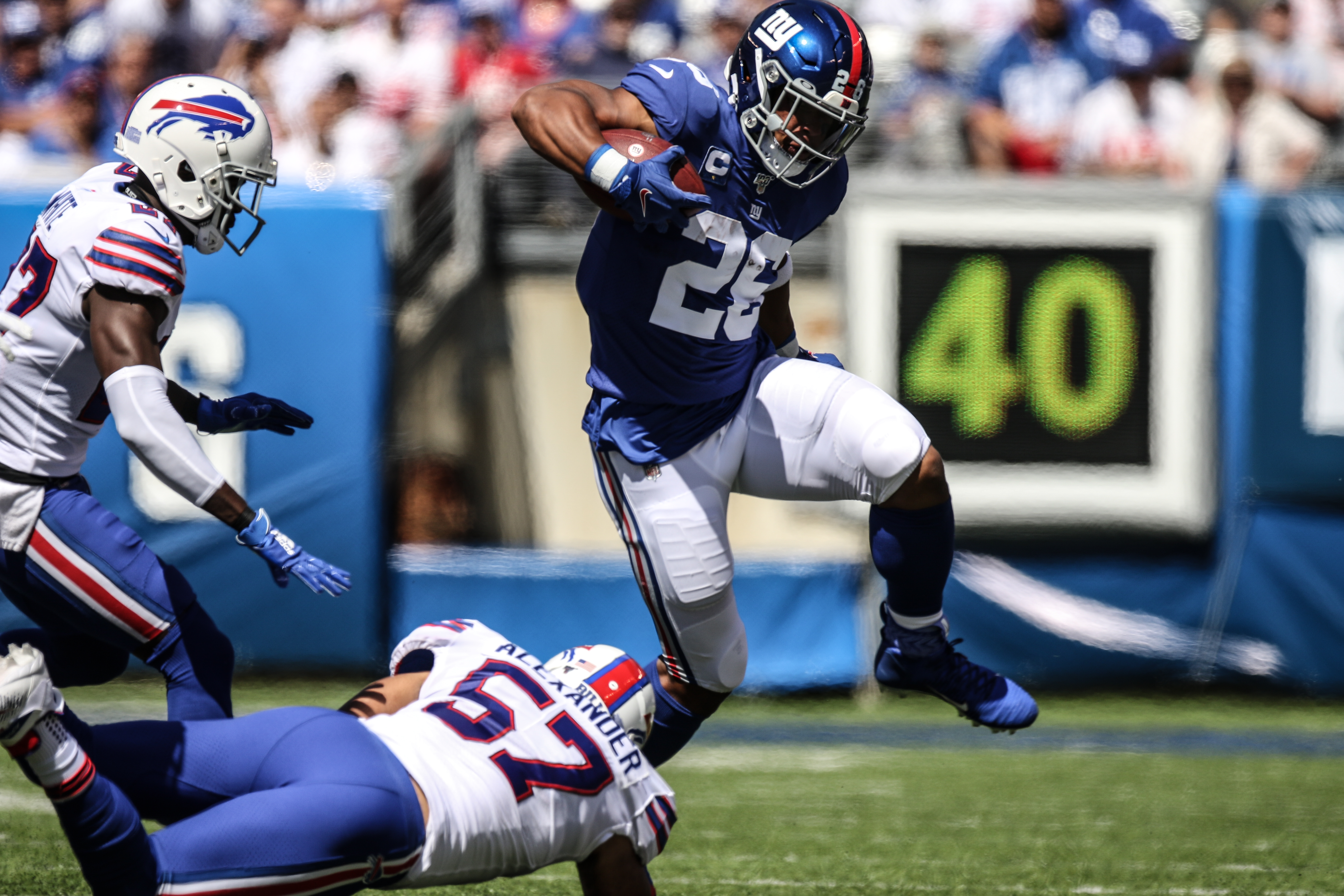 EAST RUTHERFORD, N.J. – The New York Giants came into Sunday’s contest against the Buffalo Bills, looking to pick up their first win of the season. New York has had many questions surrounding whether this team will be able to compete on a weekly basis. The way the Giants looked against the Dallas Cowboys last week wasn’t encouraging, but the great thing about the NFL is anything can happen.

The crowd was loud and ready to kick off the Giants’ home opener in MetLife Stadium. New York matched their fans energy and came out of the gates with a heavy rushing attack. The first five plays were effective runs, as the Giants put themselves into the red zone on the opening drive. Saquon Barkley took a 27 yard run into the end zone, as the Giants took an early 7-0 lead.

With New York’s defense in question after last week’s performance, it was important for the Giants to establish themselves early. On the Bills first drive, they failed to get a first down and New York was able to sack Josh Allen.

However, Allen started to settle into the game and completed several passes to keep his drives alive. Allen also used his legs to keep the chains moving and would eventually score a TD on a designed QB run to tie the game at 7-7.

Following their opening drive TD, the Giants couldn’t put any more points on the board in the first half. The passing game didn’t look fluid, as Manning completed his first pass at the 13 minute mark in the 2nd quarter. New York strayed away from the run game, and when they did it was very predictable. Barkley mainly rushed it on first down, which allowed Buffalo to peel their ears back and stuff the run.

Buffalo on the other hand, took advantage of the fact that the Giants couldn’t keep up their pass rush. Allen looked very relaxed in the pocket, and made great throws on time to his receivers. The Bills used methodical drives to close out the first half, which built them a 21-7 lead going into halftime.

The Giants got creative with their run plays, and Manning started to connect on play action passes. Manning converted a critical 4th down in the red zone, which then set up a TD pass to T.J. Jones. This brought the score to 14-21, and gave the Giants new life.

Unfortunately, the Giants were not able to stop Buffalo from scoring on the following drive. Allen did a great job of taking what the defense gave him, and used a lot of valuable time off the clock. The Bills kicked a field goal, but New York committed an awful penalty that gave Buffalo a new set of downs. Buffalo took advantage as Frank Gore punched in a TD run, which put the Bills up for good 28-14.

Manning didn’t have his best day passing to say the least, as he only threw for one TD and two INTs. The question is going to loom week by week on how long New York will accept sub par play from their veteran. Many were calling for Daniel Jones, and you really have to wonder will his time come sooner than later?

The Giants (0-2) will look to bounce back next week against the Tampa Bay Buccaneers (1-1), in Tampa Bay. New York will need to find an answer to their defensive woes, and to try and shock some life into their offense. You won’t win many games in the NFL only putting up 14 points.