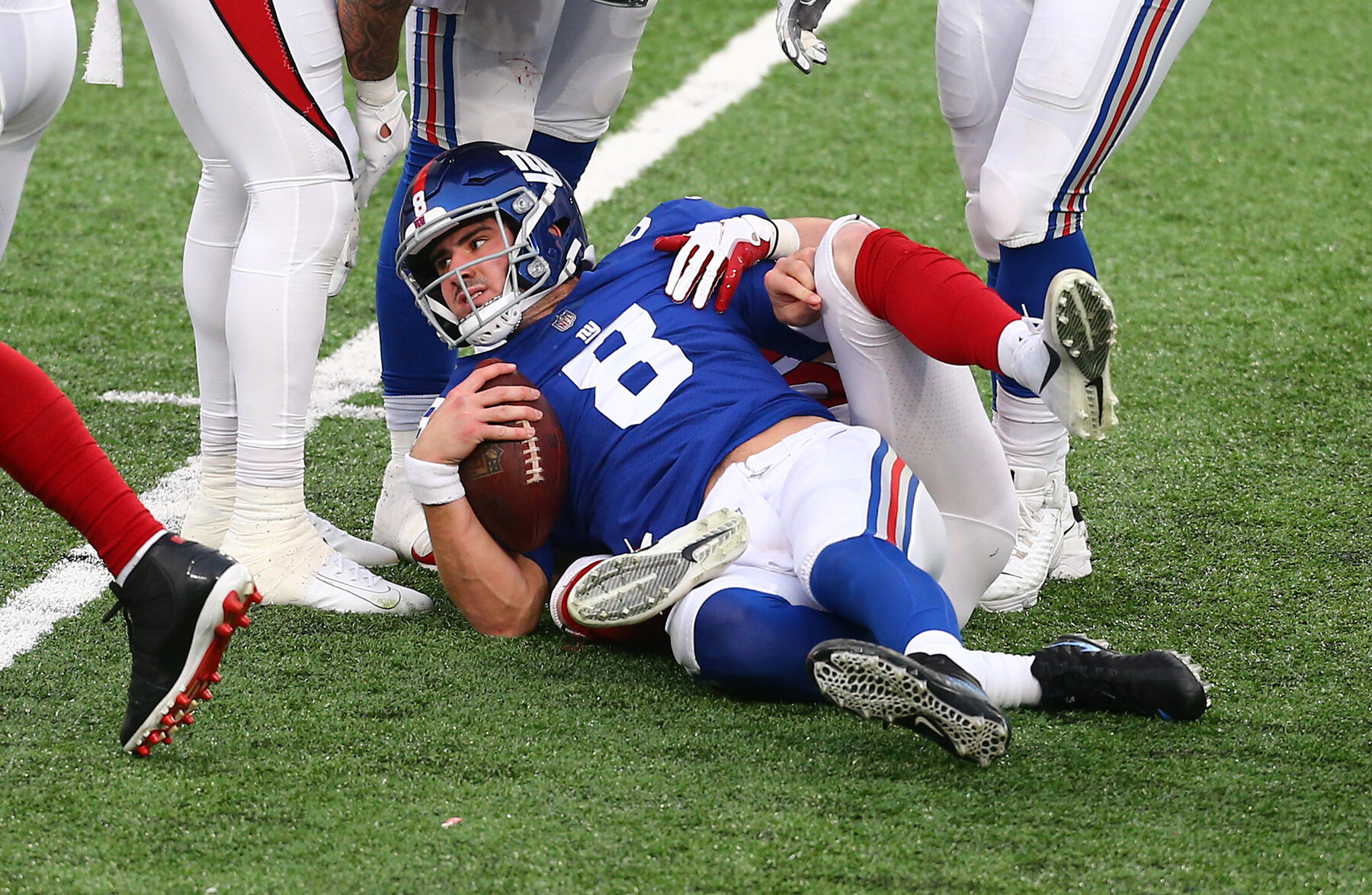 New York: The Giants were winners of the their last four game, until a disappoint lost to Cardinals at MetLife Stadium 26 to 7. With the return of Daniel Jones aka Danny Dimes, the team was expected to continue their winning ways. Unfortunately the football gods were not on their side.

Daniel Jones was not affective in his return from his hamstring injury. Jones appears tentative throughout the game. When asked in his postgame press conference about his injury, Jones said ” I think I wasn’t able to run like I normally do, but I felt good during the game. I’m not sure it hampered too much, I was able to move around the pocket and do what I needed to do throwing the ball. I think I got to do better with that still”

Head Coach Joe Judge was asked, how would asset Daniel Jones performance? Well, I thought he was able to protect himself in the pocket, which was the main concern as in can he step up and can he move in it. We knew there were going to be some situations today where he wasn’t going to pull it down and just run like he’s done in the past. We knew that he was going to either end up throwing the ball away or take sacks at certain point.

This Giants still have an outside chances to make the playoffs by winning the NFC East With three games left in season the Giants need to go undefeated, an hope the division leading Washington Football team lose there finally three games