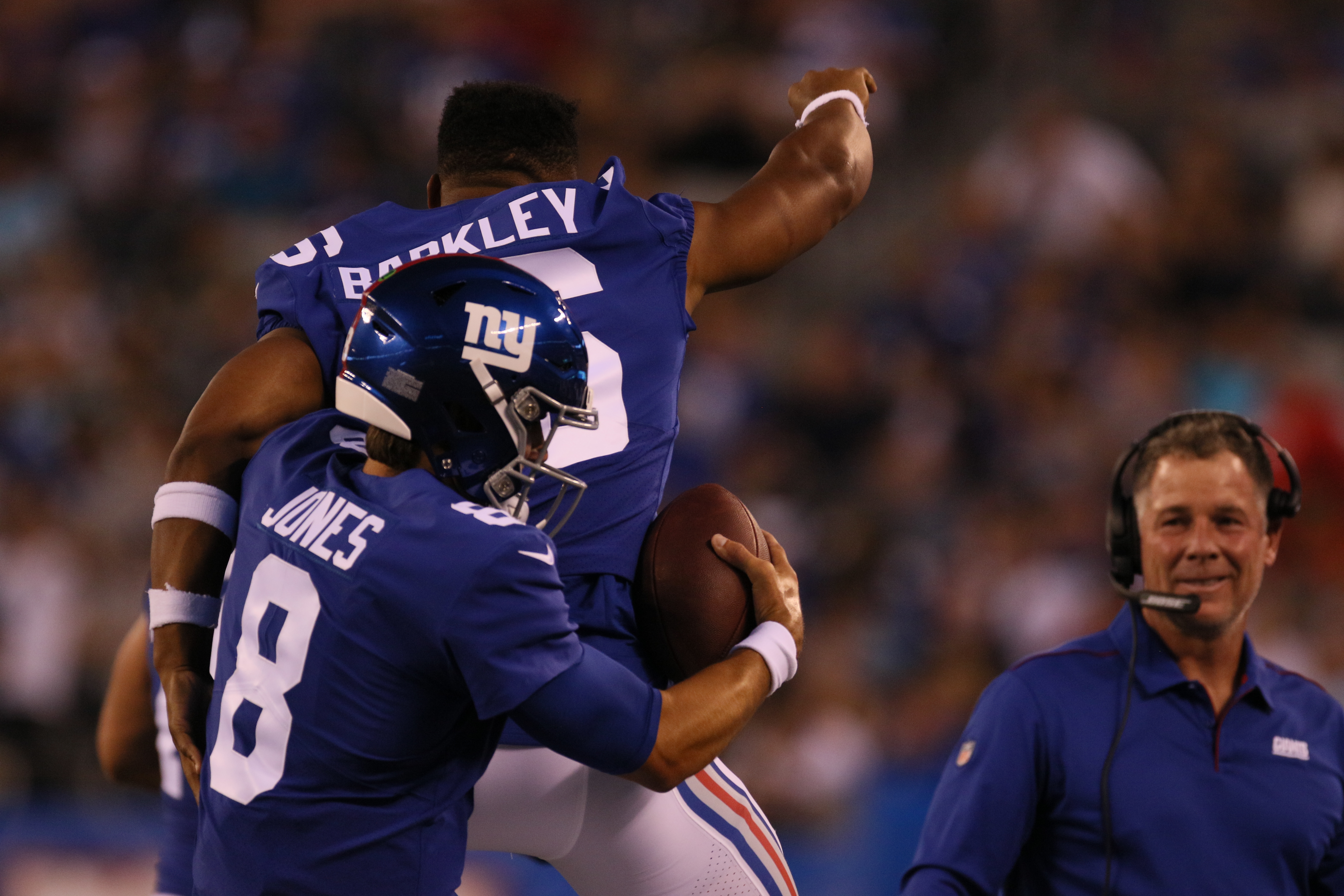 EAST RUTHERFORD, N.J. – The New York Giants and New York Jets play an annual preseason match-up, which used to be called the “Snoopy Bowl”. It’s no longer marketed as such, but still holds the prestige of being one of the best rivalries in the NFL.

The Giants were able to defeat the “visiting” Jets, 31-22 in MetLife Stadium. Even though it’s just the first week of preseason, this game was a nice initial measuring stick to see what talent each team has. The pace to this game started out fluid, prior to the 59 minute weather delay towards the end of the first quarter.

Eli Manning did not impress in his first and only drive. Manning completed just one pass for three yards, and looked reluctant in that pass attempt. There was a wide open receiver downfield, however Manning chose to just throw a dump down pass.

You have to wonder if Manning is feeling the pressure not to make mistakes, rather then being aggressive. Manning knows he has Daniel Jones behind him, and many people want to see Jones play. However, leading ineffective drives will not be the way for Manning to hold off Jones.

Jones in his lone drive went a perfect 5 for 5 for 67 yards and a TD. During that drive Jones made some intermediate throws that were very impressive. Jones’ TD pass was one placed perfectly over the zone coverage. Earlier in the drive, Jones hit a hot receiver quickly as the blitz came. Another completion Jones threw a strike for a nice sideline route catch. From the sample size we saw, Jones gave Giant fans something to look forward to.

Sam Darnold was just as effective in his lone drive. Darnold went 4 for 5 for 68 yards and a TD. The key for the Jets is to get some pieces around Darnold to make him productive. Jamison Crowder looked like an early favorite target for Darnold.

After the rain delay, play got really sloppy on both sides of the ball. The Giants were not playing clean football, as they accounted for 11 penalties for 115 yards. That is something that has hurt them in years past, and needs to be a focus in fixing immediately.

Corey Ballentine is someone that has impressed all throughout training camp thus far. Ballentine didn’t disappoint on Thursday night, as he had an athletic interception. The coverage was excellent and Ballentine had his head turned around to find the ball. Ballentine might be a huge contributor next season, in the Giants revamped secondary.’

The Giants next preseason game will be next Friday against the Chicago Bears at MetLife Stadium. For the Jets, they will travel to Atlanta to play the Atlanta Falcons next Thursday night. Both teams will look to improve and getting one step closer to being Week 1 ready.