JETS AND GENO AT CROSSROADS 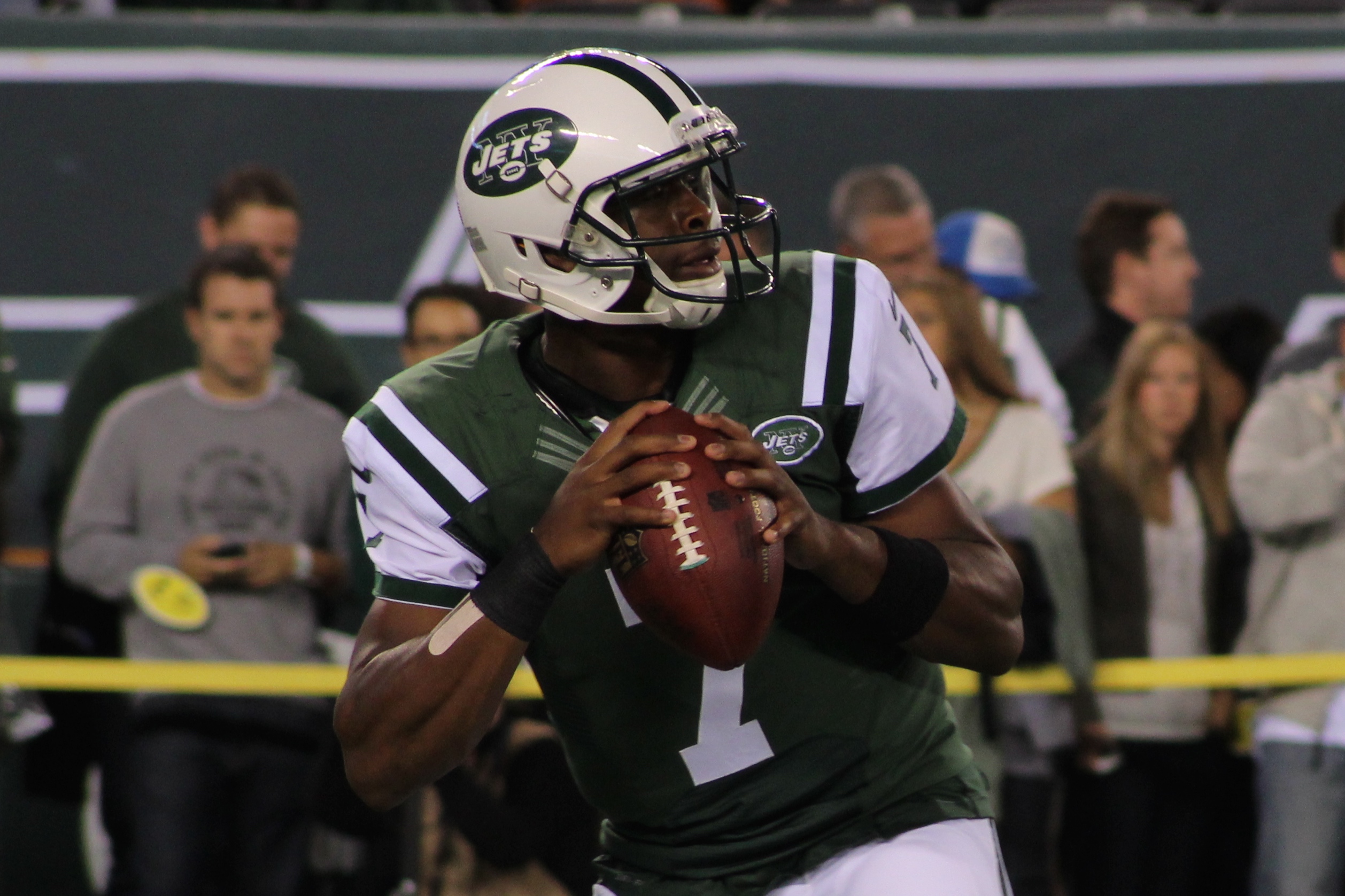 November 2, 2015, Queens, NY  The New York Jets were flying high with a 4-1 record. Two weeks later, they’re one game above .500, three games behind the Patriot-juggernaut, one game ahead of both the hapless Buffalo Bills and Miami Dolphins, and no healthy legitimate starting quarterback. Hopefully, they can turn their fortunes around against the Jacksonville Jaguars who come to MetLife Stadium with a 2-5 record (0-3 on the road).

Geno Smith injured his shoulder when he took a crushing hit that was avoidable when he scrambled for a first down. While he may have impressed his teammates by not sliding or running out of bounds, he jeopardized his health and the team’s chances for success by not using some good ol’ common sense.

Ryan Fitzpatrick had to leave the game due to injury and was replaced by Geno Smith. With the Jets being somewhat thin at QB position, Fitzpatrick and Smith have to realize that it’s best to “live to play another down.” Jets head coach Todd Bowles expressed his displeasure with the quarterbacks. “In both cases, they should’ve slid.”

The Jets will face division rivals, Buffalo Bills (November 12) and Miami Dolphins (November 29) this month. They also have the New York Giants, Dallas Cowboys, and another game with the Patriots on the schedule.

This year has been a step in the wrong direction for Geno Smith. He was the “assumed” starting quarterback, but that was derailed when his jaw was broken in an altercation with a teammate. As a result of the fight, he was demoted to the back-up quarterback role. When Fitpatrick went down, this appeared to be the break Smith needed to re-insert himself as the starter. Smith is day-to-day which means that even if he’s available for Sunday’s game, he is nowhere near 100%.

Smith may be a career back-up QB. He’s at a crossroads. And the Jets who appeared playoff bound, find themselves in a must-win game against the Jaguars.