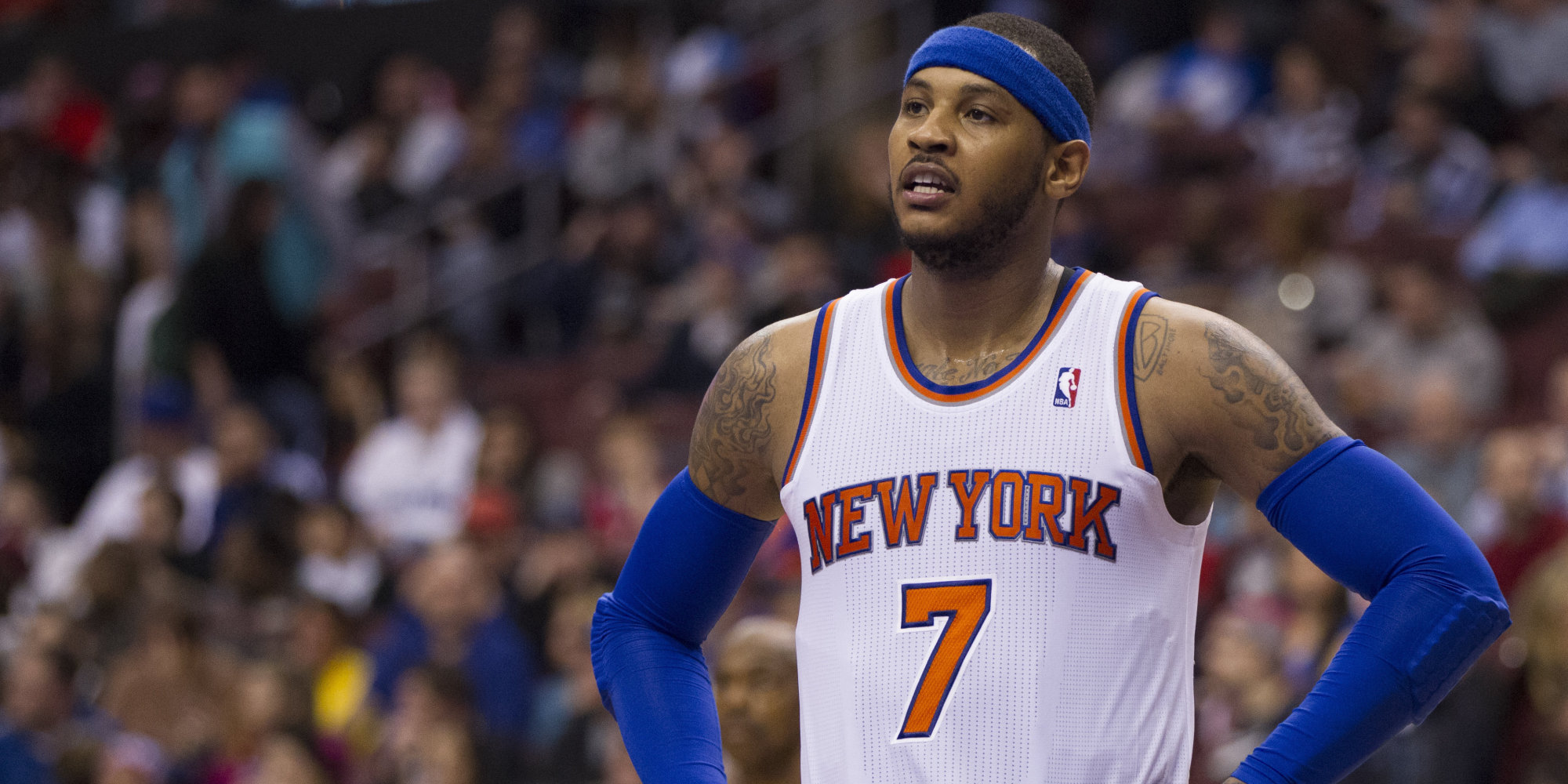 It’s been a tough season for New York basketball.

Well it’s just about the halfway point of the season for the Knicks and the Nets, as I write this I watched the Nets give a big lead against the Miami Heat and the Knicks lose to the offensively challenged Dallas Mavericks. New York basketball is not very inspiring right now.

The Knicks are 20-27 while the Nets are a league worse 9-36. Both teams share similar stories. The Knicks have an aging star in Carmelo Anthony and the Nets have Brook Lopez whose name seems to constantly be in trade rumors. The situations for both players are different however.

Melo has been cast as the villain by team president Phil Jackson and Brook Lopez may be traded for draft picks as the Nets try to get younger and look to rebuild.

The Knicks have also recently had off court issues with point guard Derrick Rose after he disappeared before a game early this month without prior team approval.

The Nets continue to play the waiting game with Jeremy Lin’s hamstring injury. The team recently revealed that he would be out an additional 3-5 weeks due to re-aggravating the injury.

Both teams are struggling defensively. The Nets also seem to consistently have poor second half starts. The Nets won their first game of 2017 after scoring 143 points against the Pelicans on January 20th a team that recently defeated the Nets at the Barclays Center.

The Knicks are 3-7 in their last 10 games, their struggles started with a buzzer beating shot by Giannis Antetokounmpo on January 4th. Since then the Knicks have not had consistent play on either end of the court.

Courtney Lee and Brandon Jennings have both been struggling as of late for the Knicks. Kristaps Porzingis has also had some issues with his Achilles, which forced him to miss a few games during this recent stretch.

The Nets have reportedly asked for draft picks in trade discussions regarding Brook Lopez. Lopez is 28 years old now and is playing some very good and consistent basketball. He has even added some outside shooting to his game. The problem here is that while Brook is playing well he’s not getting much help. Lin’s absence is a major contributor to Brooklyn’s struggles.

One bright spot for the Nets has been the play of Caris LeVert he has really impressed the coaches and teammates with his play during his limited minutes. Coach Kenny Atkinson has previously stated that Caris will be getting more minutes because of his production and growth as he learns to adapt and become comfortable with the NBA pace. He has shown that he is not afraid to go up against some big name players on the defensive end.

Now lets get to the fans, frustration may be the key word here. The Nets are not winning basketball games right now; they are simply not talented enough to consistently compete with some of the other teams in the league. The fans still come out and support (which team they go to support can be debated) but often they leave frustrated after another loss.

The fans at Madison Square Garden are a little less understanding. They are extremely passionate and do not like losing. Players that come to New York know that the media can be tough and the fans may be tougher.

Melo has been taking a lot of the heat for the team’s underachieving however the blame shouldn’t be his. His fragile relationship with Phil Jackson has just taken over the mood of the team and has created a toxic environment around the team. The Knicks have had more drama than a daytime soap. Jackson was involved in a sensitive situation after he made some comments in regards to the friends and business associates of LeBron James, which Carmelo did not like.

Everyday brings another rumor involving a trade for Carmelo, and to his credit he is playing well regardless of the constant distraction. The trade deadline is February 23rd it will be interesting to see what happens between now and then for both New York teams.

The all-star break looms and neither New York team is represented on the weekend rosters, this should give an indication  to  how disappointing it has been for New York basketball this season.

Sherman Gomez is a staff write for PureSportsNY