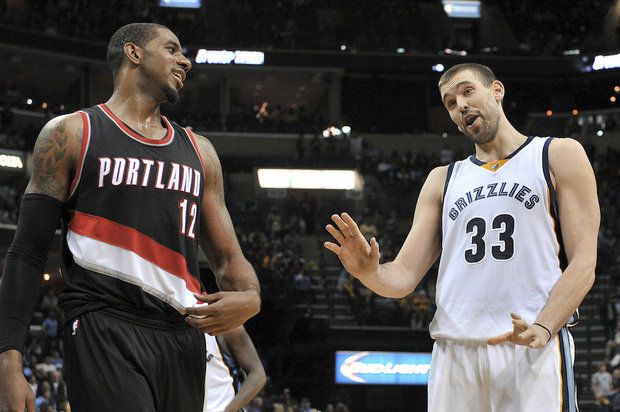 With the free agency period in full swing this summer, NBA players and teams are all looking to make improvements. The big catch this year was LaMarcus Aldridge of the Portland Trailblazers. He has agreed to a 4-year contract at $80 million with the San Antonio Spurs. He met with quite a few teams looking for the ideal situation that would hopefully gain him an NBA Championship and secure him financially moving forward.

There were many suitors, the Lakers, Suns, Spurs, Mavericks and Knicks all scheduled meetings with the all-star power forward. He met with the Lakers on two occasions and even cancelled his meeting with the New York Knicks. His agreement with the Spurs ultimately led to the other teams searching for a plan B because they could not land his services.

This year’s free agency has seen a lot of familiar faces in new places. Another big man that was on the market was Greg Monroe who’s diminished role on the Pistons accompanied with Andre Drummond’s growth led to him wanting out of Detroit as soon as he could. The Knicks were the rumored favorite to sign him however he surprised many when he signed with the Milwaukee Bucks, a very young team full of talent and potential. With coach Jason Kidd at the helm this was a good move for both Monroe and the Bucks organization. The Eastern Conference is going to be very interesting next season.

The Cleveland Cavaliers pretty much resigned most of their roster from last season, Kevin Love missed the playoffs with a shoulder injury but stayed with the Cavs agreeing to a max $110 million contract to stay with the team for at least another four years. Free agent Iman Shumpert also chose to stay with the Cavaliers. LeBron James however opted out of his contract to become a free agent but by all accounts he is expected to resign with his hometown team so they can make another run at an elusive title for the city. J.R. Smith has yet to resign with the team and it remains to be seen if he will. The Cavs are also in negotiation with power forward Tristan Thompson who is also seeking a max deal. There have also been rumors that the Cavs are attempting to trade for the Brooklyn Nets’ shooting guard/ forward Joe Johnson however they have since stalled.

The Nets themselves have resigned their top priority free agents Brook Lopez and Thaddeus Young. The Nets are also trying to avoid the repeater luxury tax, which would explain the recent rumors of the team shopping point guard Deron Williams.

The Orlando Magic resigned Tobias Harris, a young talented forward who they are looking to build around. He agreed to a four year $64 million  contract to stay with the team. The Pistons locked up point guard Reggie Jackson with a four year $80 million  contract as well. They are in rebuilding mode and may look to move some more pieces before the free agency period is over.

The Lakers and Knicks were two of the many teams that sought after free agent LaMarcus Aldridge but after they couldn’t lure him they had to rely on contingency plans. The Knicks signed free agent center Robin Lopez from the Portland Trailblazers beefing up their frontcourt while adding swingman Aaron Affolo who has played successfully with Carmelo Anthony in the past. He is a player that can prove is some offense for the team from the perimeter. He also is a capable defender and is projected to start for the team.

The Lakers failed attempt also forced them to look elsewhere for a big man for their offense. They also sought Greg Monroe however he became unavailable after he signed with Milwaukee. The Lakers do have a history of signing free agent big men but this offseason they seemed to have run out of luck. They also tried to work out a trade scenario with the Sacramento Kings for their big man DeMarcus Cousins that has since stalled.

The Sacramento Kings were reportedly attempting to trade DeMarcus Cousins, his relationship with coach George Karl has soured and the team has not has stability for quite some time. A miscommunication and misunderstanding with team officials have also led to a rumored sour relationship between Karl and team owners who were upset the Cousins was put on the trading block. The Kings signed Rajon Rondo who is coming off a tumultuous season after being traded by the Celtics to the Mavericks only to be benched and exiled by the team during the playoffs. His questionable attitude and lack of professionalism has him at a crossroads in his career and he needs to quickly redeem himself if he wants to continue a career in the NBA, however Sacramento may not be the place to do it.

Marc Gasol of the Memphis Grizzlies also has agreed to stay with the team. He has reportedly agreed to a five year deal worth more than $100 million. He was also a heavily sought after player as his skill set for his size is rare. He is also the anchor for Memphis’ interior defense.

The big winner in this free agency period was unquestionably the San Antonio Spurs. After Aldridge chose to move on to the Spurs they also signed veteran David West, he brings a toughness and grittiness that is rarely seen in players in this era. His leadership will definitely help the Spurs who have a roster full of battle-tested veterans and champions that are poised for a title run. With Manu Ginobli and Tim Duncan returning to the team the Spurs are already one of the heavyweights and favorites to dethrone the Golden State Warriors in the Western Conference.