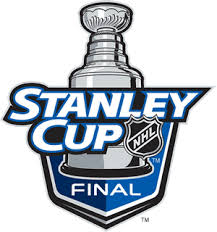 The New York Rangers missed a golden opportunity to take Game 1 of the Stanley Cup Finals. Whether it was the long layoff between series or nervous jitters, the Rangers blew a great chance of stealing a victory in Los Angeles. After leading the game 2-0, the Los Angeles Kings scored 3 unanswered goals including the game winner in overtime.
The Rangers speed was on display in the first period as they scored on two breakaway chances. The first was scored by Benoit Pouliot, who was great on the forecheck. The second goal was scored by the always speedy Carl Hagelin. What makes his goal impressive was the fact that the Rangers were in the midst of a penalty kill. This put the Rangers up 2-0, however the tide would turn as Kyle Clifford scored to cut the deficit to 2-1. The score would stay like that into the second period when the very talented Drew Doughty tied up the score with an amazing goal.
The third period was a tale of two different teams. The Kings dominated in shots on goal as they out shot the Rangers 20-3. Even though the Kings dominated in shots, none of them went in for goals as Henrik Lundqvist made save after save. With 40 seconds remaining in the third, Carl Hagelin had a chance to win it with another breakaway goal, but Jonathan Quick made a unbelievable save to send the game into overtime.
In overtime, Dan Girardi made a costly mistake while trying to clear the puck as he slipped and the puck went straight to Mike Richards. Richards then passed it to Justin Williams who had a clear shot and scored the game winner in OT. The final score was 3-2, giving the Kings a 1-0 lead in the Series.
Lundqvist had a stellar game making 40 saves out of 43 save attempts. He kept the Rangers in the game along with their speed, which will need to play even a bigger role in Game 2.
Game 2 returns to the Staples Center in Los Angeles on Saturday. The puck drops at 8:00pm.