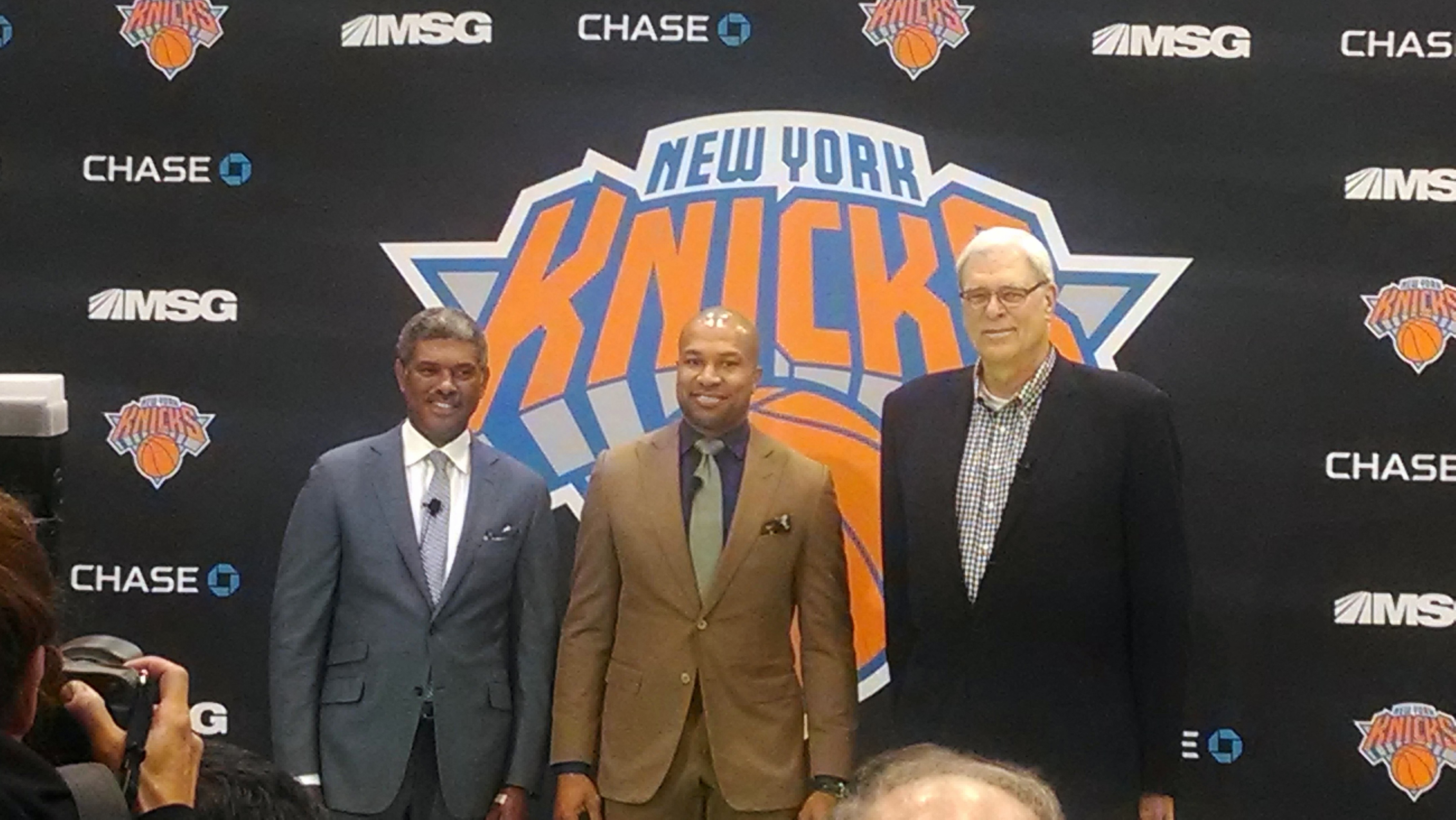 June 23, 2015, Queens, NY  The questions must be asked because the promises were given.  Brooklyn Nets owner Mikhail Prokhorov guaranteed a championship within five years of the team’s return to the Big Apple.  Phil Jackson, who was given an uber contract, was brought here for a ton of money to deliver a championship.  For the Nets who played in the A.B.A. that became defunct in 1976, they made it to the N.B.A. Finals back in 2002 for the first and only time and were swept by a superior Los Angeles Lakers team led by Shaquille O’Neal and Kobe Bryant.  The Knicks last won when President Nixon was in office, and Phil Jackson was in sneakers and shorts.  We’re talking about 1973.

New York is a basketball town.  It boasts arguably the most knowledgeable fans who are loyal to a fault.  They deserve better.  The Golden State Warriors just won the championship.  Their run to the title revealed that they had not won a championship nor been in the Finals since 1975.  The Knicks’ drought is longer, and the Nets are closing in on 40 years.  There are plenty Knicks and Nets fans who never witnessed their team winning a championship.

Sports can be cruel.  Exhibit A: The Chicago Cubs who last won a World Series in 1907 and 1908.  There are those who were around when the Knicks won in 1970 & 1973 and could not have envisioned back in ’73 that the Knicks would not have won a title in the course of 42 years.  For you football fans, the Jets last won the Super Bowl in 19?? (Research question)

The problem with droughts that are decades long is how the fan base and local media react (or overreact) to trades (whether real or rumored), free agent signings, and draft picks.  The Knicks have the fourth pick in the draft.  No one player in this draft is going to reverse their fortunes and bring them a title.  Melo is getting older, and the Knicks, even with Phil Jackson at the helm, don’t have the same luster they had in the past to lure free agents.  The Nets may be headed into to a tough stretch.  They have players with huge contracts which puts them (Nets) in a salary cap crunch.

Realism, not Optimism, is in order.  It’s going to be a few years before either team can seriously contend for a title.  Jackson is not looking to coach; the physical demands are such that he can’t do it–at least not full time.  And, even if he could, it’s about talent.  Do you think Steve Kerr would have taken the Knicks to a championship this year?  The Knicks need at least three or four years to be a championship contender, not pretender.  It isn’t going to happen overnight.

The Nets are in a sticky wicket.  They need at least three or four years to be real contenders as well.  Tough times are in their future as well.  They need to build smartly.  Get young players, allow them to develop, and get supportive veterans to provide leadership.

The harsh reality is that it would be foolhardy to believe that either team would win a championship before 2020.  So the best advice to the fans of both franchises: Lower your expectations and temper your enthusiasm.  The State of New York basketball is not all that promising.

Professor Clifford Benton can be reached at cliffb@puresportsny.com.