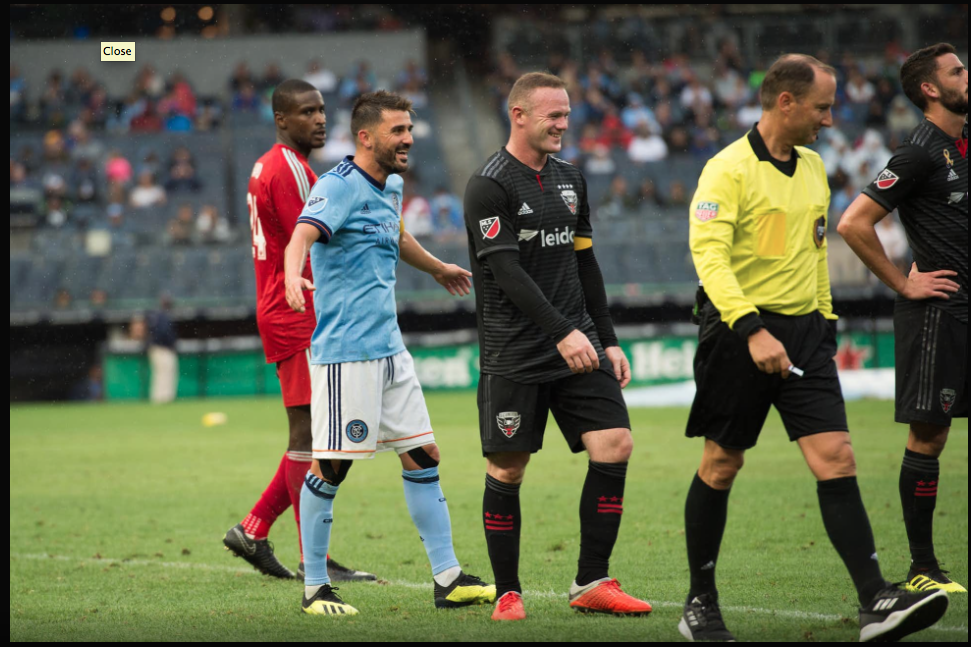 Bronx, NY – September 8th – Coming into Saturday’s match vs DC United, NYCFC had a chip on their shoulder after losing their first home match of the season Wednesday vs the New England Revolution.  Sean Johnson and David Villa both spoke before the game about how they needed to respond with a strong effort and get back on track at home immediately.  The weather was a big factor on the match as it was raining throughout and put a stop to the free flowing football that NYCFC fans have become accustomed to seeing at Yankee Stadium.

In the 4th minute, Villa almost got them off to the best possible start as he struck a volley perfectly at the bottom corner but Bill Hamid was able to get down and save it out of bounds for a corner.  That make three times in the last four days where Villa struck the ball perfectly on a volley but was unable to find the back of the net.  A few minutes later, Castellanos found himself with room inside the box but his strong effort was parried high into the air by Bill Hamid who used his great reflexes to get to the shot in time.

Iron Man Alexander Callens missed his opportunity to open the scoring in the 27th minute for City when he found himself free in the box but headed the ball wide to the right for yet another missed chance.  After a rather pedestrian remaining 20 minutes of the first half, City headed into the half for the 2nd straight game at 0-0 when they are used to being one of the highest scoring teams in MLS.

Early in the second half, Ronald Matarrita found himself at the top of the box with room to shoot on his favored left foot, but Bill Hamid came up big again with a save down to his left.  Soon after, there were cries in the stadium for a penalty in favor of City, but the referee was having none of it.  DC United got the ball back as a result and they earned a free kick in a great position.  In the 58th minute, Wayne Rooney swung the ball in with a high looping effort, and Sean Johnson was too hesitant to come off his line, which allowed Steve Birnbaum to sneak in and head the ball past Johnson and give NYCFC another second half deficit at home this week.

Bill Hamid proved his worth once again in the 68th minute as he dove fully stretched and barely got his hand to a nice curled effort by Mataritta to keep the match scoreless.  Ten minutes later, City got one of their best chances as David Villa cut inside off the left wing and slid the ball in softly for Eloi Amagat at the top of the box.  Amagat controlled it and fired the ball with serious pace at Hamid but the keeper won the battle again as he used a strong hand to parry the ball away.

Just one minute later, NYCFC earned a free kick about 30 yards out at the top of the box.  David Villa and Maxi Moralez stood over the ball, but everyone in the stadium knew Villa was going to take a shot on goal.  Villa stepped up and struck a powerful curling effort past a diving Hamid and off his hand into the right corner to send Yankee Stadium absolutely bonkers and tie up the game 1-1.  As only the captain can do, he bailed his team out with a world class effort that reminded fans of his days with Barcelona and the Spanish National Team.

As the final whistle blew, David Villa lay on the pitch in the pouring rain exhausted after pouring his heart and soul onto the pitch and saving his team from the jaws of defeat with a breathtaking free kick masterpiece.  His teammates wanted to help him up, but he was relaxing on the pitch with no more energy to give and enjoyed a moment of peace after another defining moment of his storybook career. 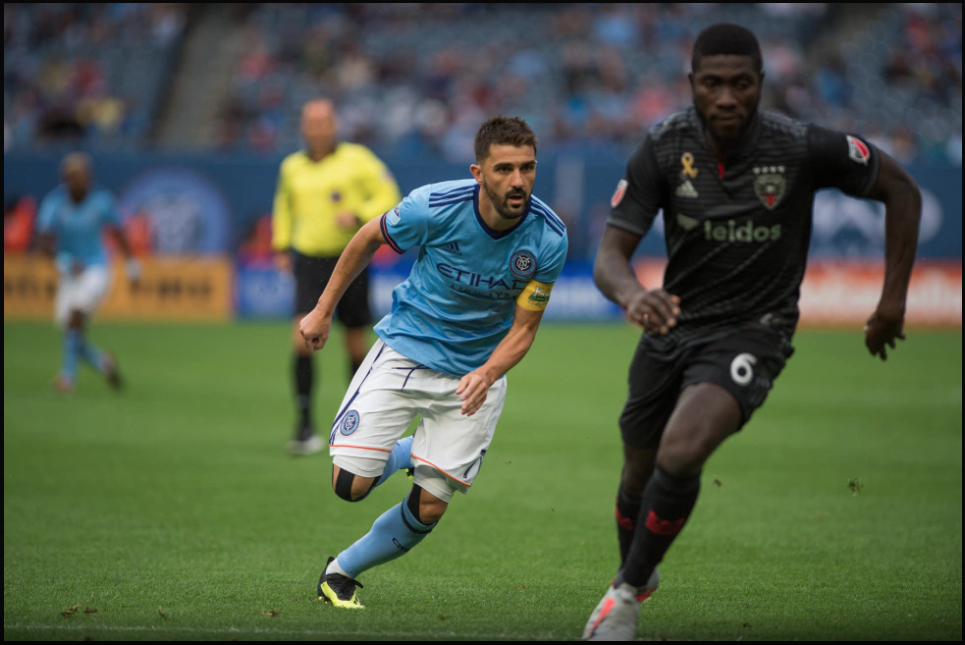