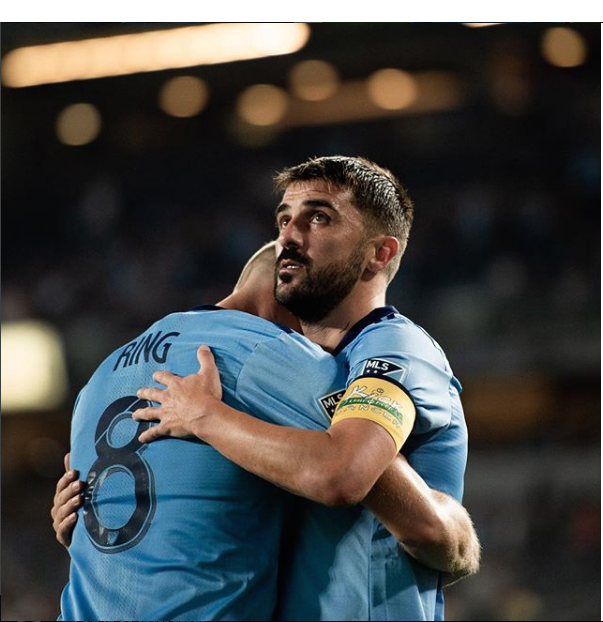 September 26th – Bronx, NY – With the playoffs fast approaching and only 4 regular season games remaining, NYCFC needed to get back in good form at Yankee Stadium before a loss could knock you out. With a record of 3 draws and 1 loss in their last 4 home games, City surely wanted to replicate the form they showed in the start of the season at home when they went 10 wins and 1 draw in their first 11 matches. Bastian Schweinsteiger’s Chicago Fire came into the Bronx knowing that if they lost, they would be eliminated from playoff contention. On the other side of the coin, NYCFC knew a victory would clinch them a berth in the 2018 MLS Playoffs.

Yankee Stadium was very crowded from the early going and the fans gave the team constant support throughout the match, which is one of the cornerstones of the NYCFC club. In the 5th minute, the Captain David Villa took a free kick from about 30 yards out that troubled the Chicago keeper with its swerve, but he hung onto it to relieve the danger. NYCFC continued to keep the pressure on as Maxi Moralez swung the ball in off the wing and found the head of Ofori but he put it right into the arms of the keeper again to stop the danger. For the last 2 months, City have had a lot of trouble finishing off their chances and that has been the main cause of their struggles.

The game evened out much more over the next 20 minutes until the Citizens found themselves in a great position again in the box. Maxi took a corner well and found defender Maxime Chanot 5 yards out with a free header but he put it inches wide of the post. Ten minutes later, Chanot found himself with an identical opportunity after a brilliant Maxi corner, but he missed just wide off the edge of the post. Right before halftime, David Villa had a golden opportunity in the box after a Matarrita cross led him into the danger zone, but Villa’s sliding effort went over the bar and the teams went into the half deadlocked at 0-0.

In the second half, NYCFC kept the pressure on, but this time, they were rewarded handsomely. Less than two minutes after the restart, Maxi received the ball at the top of the box. He slid a pass into Villa who back-heeled it into the path of Alex Ring who took a first time curling effort on his weaker left foot and put it into the top corner to give the home team the lead and take all the momentum for his side.

Just three minutes later, it was Maxi and Villa combining again to create greatness. Maxi received the ball on the right wing to start the counter attack and he dribbled swiftly into the edge of the box before he cut the ball back at the top of the six yard box for David Villa who doubled the advantage. Out of nowhere, City were in full control and in great form with an impressive 2-0 lead. They continued to control the match from a possession and a momentum standpoint, but they decided to sit further back and absorb pressure as opposed to going all out for more goals.

Late on, Chicago star striker Nemanja Nikolic scored a goal to halve the deficit, but it was correctly ruled off for offside by the line judge and then confirmed by the VAR (Video Assistant Referee) check. Then just before the final whistle, Chicago put the ball just over the bar from about 30 yards out and then missed a corner, but the effort was not enough and they were eliminated from playoff contention after another rough season. The Fire have now missed the playoffs in 5 of the last 6 seasons.

With the victory, NYCFC clinched their 3rd consecutive MLS Playoff berth after missing out in their inaugural season. With the playoff berth clinched, City can now start to rest players and ensure that the team goes into the postseason with 100% squad fitness. Many key players like Captain David Villa, Ismael Tajouri-Shradi, Alex Ring have missed multiple weeks with injuries, and if the squad wants to compete for the MLS title, they will need to keep in their good form, but get some much needed rest as well. 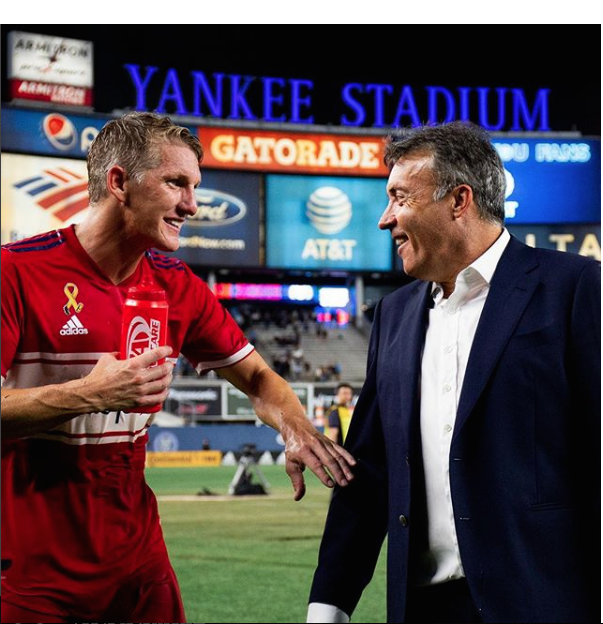