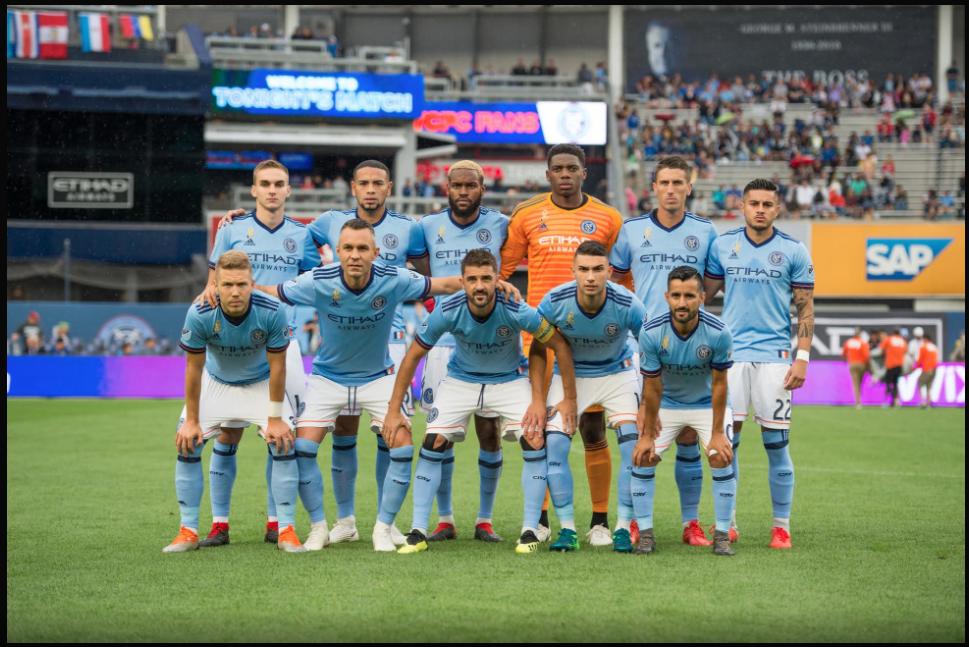 Bronx, NY – September 5th – NYCFC came into Saturday’s match vs the New England Revolution in a bit of a slump.  They failed to win either of their last two home matches right after a hot streak of 4 consecutive home wins.  Coach Dome Torrent decided to put youngster James Sands into the starting lineup for his first ever MLS start to try to fix some of the problems in the holding midfielder position.

Things started off well for City, as Ronald Matarrita sprinted down the field and put a shot on goal that deflected off of the crossbar and out.  Shortly after, Valentin Castellanos was 1 on 1 with the keeper, but failed to sneak the shot past the keeper and the score stayed tied at nil.  Surely Ex-US Men’s Goalie and New England Manager Brad Friedel was impressed with his keeper keeping them in the game early with two big saves.

In the 15th minute, Villa squeaked a free kick over the wall but it went just wide and City were unable to break the deadlock again.  The Citizens had constant pressure on New England throughout the match which is proved by their 66% possession rate and their 28 shots, but they were just failing to convert their chances in the final third.

With maybe the best chance of the match, Sebastien Ibeagha found his way into the box for a free header in the 20th minute, but he put it wide of the net.  In the 25th minute, the Revs had one of their best chances as well as the ball fell to Brian Wright at the top of the box after a long clearance and he fired a laser off the bottom of both posts and the Yankee Stadium crowd breathed a big sigh of relief.

James Sands had the opportunity to make his boss look like a genius for starting him, but he too missed a free header in the box in the 57th minute that would have opened up the game and gotten the crowd more into it.  Just 4 minutes later, Maxi Moralez chipped a free kick into David Villa on a clear training ground move and Villa volleyed it on the fly but was unable to put his effort on frame.  In the 67th minute, he had a near identical opportunity as Maxi chipped him the ball on the counter attack, but this time Villa had to use his slightly weaker left foot and he was again unable to put the shot on target.  If he converted either chance there, they would be in the discussion of 2018 MLS Goal of the Season.

The more that time went on without a goal, the crowd could sense that New England was going to steal one on the counter, and they did just that.  With his last kick of the ball before being subbed off, Wright put his mark on the his MLS debut start and scored the opening goal to give the Revs the lead on the road late in the 71st minute.  The initial shot off the wing was stopped by Sean Johnson, but Wright was there to clean up the garbage and he slotted high into the top left corner to threaten NYCFC’s undefeated home record.  Minutes later, New England nearly doubled their advantage as Johnson fumbled the shot away and 18 year old Isaac Angking slid in and knocked the rebound off the post for a barely missed chance.

Unfortunately, for the remainder of the match, NYCFC didn’t have many good chances, and they slumped to their first home defeat of the season with only 3 home matches remaining.  They were so close to achieving a very rare feat, but make no mistake, their 10 wins, 4 draws, and 1 loss at home is still very impressive and needs to be recognized.  City have been a dream to watch for their home fans over the last few years, and this season is no different.  They are still comfortably in the Eastern Conference Playoff picture, and figure to be competing for a first round bye until the final fixture of the regular season.