Pressure on Giants or Manning? 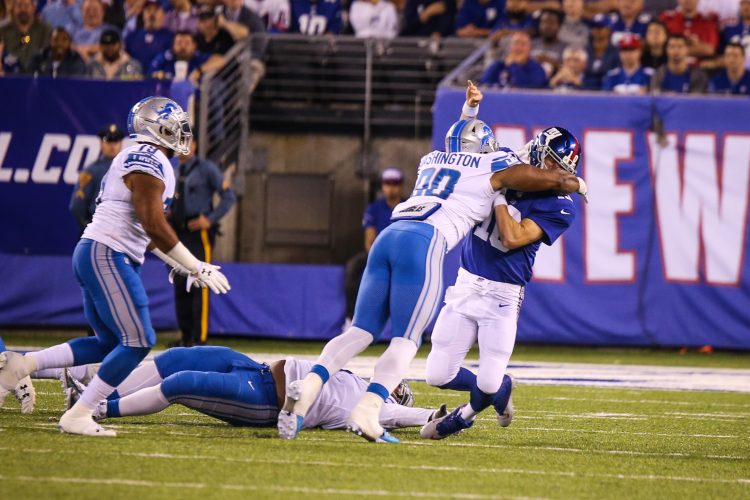 EAST RUTHERFORD, N.J. – Training camp is right around the corner, which officially puts a start to the NFL season. Each team around the league has their own expectations coming into the season, all being to try to win a Super Bowl. For many New York Giants fans, just looking “competitive” seems to be the realistic expectation for the upcoming season.

The biggest move this off season has been the trade of Odell Beckham Jr. Trading your best receiver to the Cleveland Browns, certainly makes one question whether the Giants have committed to rebuilding or are all in for competing for a Super Bowl next season.

The one person that still is on the Giants is Eli Manning. The pressure to get production from Manning is crucial, if the Giants are going to be competitive next season. Manning hasn’t thrown for over 30 touchdowns since 2016.

When Manning gets consistent protection, the Giants get the great quarterback play that has made them a contender in years past. The pressure is really on the offensive line to protect Manning.

Last season, on many occasions Manning was taking hits that many questioned if he would get up from. For a quarterback that is entering this season at 38 years old, Manning won’t last another season sustaining all those QB hits that defenses crave.

However, with the recent drafting of Daniel Jones, if Manning doesn’t play well early there could be some unrest at the quarterback position. With as high as Jones was drafted by New York, why couldn’t it be a possibility that Jones starts some games this season? If the Giants are already out of contention at mid season, do you let Jones start over Manning?

These questions can all be mute, if Manning does produce like New York faithful hope that he can. But it’s without question there’s pressure on the Giants to be competitive, and for Manning to make them competitive.