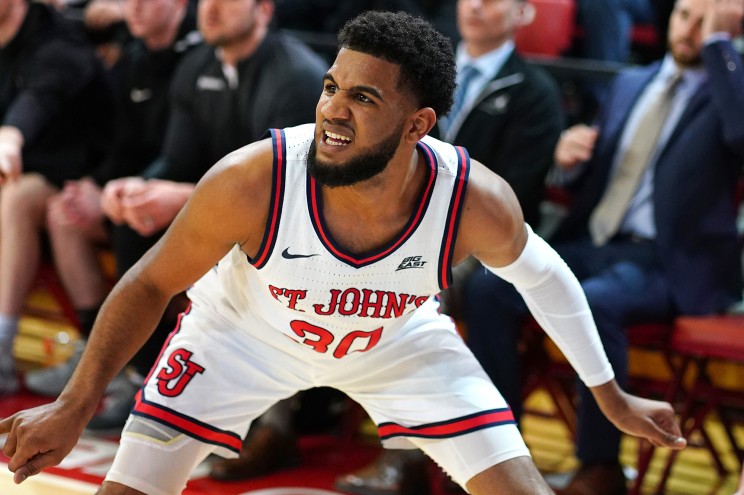 St. John’s win at Xavier 86 to 73 on Wednesday might not have been an anomaly, especially after what the Red Storm did Friday night.

Playing with the same purpose, focus and intensity as in the upset of Xavier, St. John’s dominated Butler over the final 30 minutes Friday and cruised to a 91-57 decimation at Carnesecca Arena to move within one game of .500 in Big East play. It was the Red Storm’s largest win in the conference since they beat Providence, also by 34 points, on Feb. 15, 1999.

The one-sided win completed the Red Storm’s first season sweep of Butler since 2013-14, the first year the Bulldogs were in the Big East. St. John’s has now won four of six games, with the lone losses coming against No. 10 Villanova and No. 24 Connecticut in games point guard Posh Alexander missed due to a sprained right ankle.

“It builds momentum,” junior forward Julian Champagnie said. “That’s the biggest thing we take from it. … Just keep pushing, that’s the motto we have right now.”

Alexander, the Red Storm’s heart and soul, was a factor against Xavier coming off the bench. He started Friday, and was at his best, controlling the game at both ends of the floor and finishing with 13 points, 10 assists, two blocks and two steals. Alexander checked back into the game halfway through the first half, with St. John’s trailing by three. He immediately scored inside, jump-starting a 12-3 run that gave the Red Storm the lead for good. His 3-pointer at the first-half buzzer extended the lead to 16, St. John’s largest halftime advantage in league play this season.