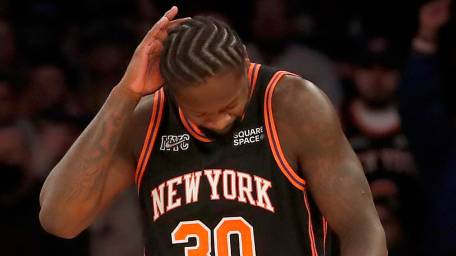 New York: The New York Knicks star player Julius Randle, has a love hate relationship with Knicks fans. I’ve witness first hand a number of NBA ballers fail at Madison Square Garden. Covering the Knicks for more than decade, I can feel the road coming to an end for Randle.

It take a certain type of mentality to play in New York. I don’t believe Randle has that makeup. This generation of players are not use to being booed. Randle as stop speaking to media, based on his recent struggles. He’s averaging a season low 11.8 PPg.

How, exactly, did Randle go from being the toast of the town to a guy whose Knicks career could soon be toast? Why has Randle transitioned from the source of so much joy into a seemingly joyless figure trudging through a 23-26 season and, perhaps, right out the door?

Hopefully management can find a solution to keep Randle from totally checking out on the Knicks. A trade is eminent, finding to correct team is challenge facing the Knicks front office..