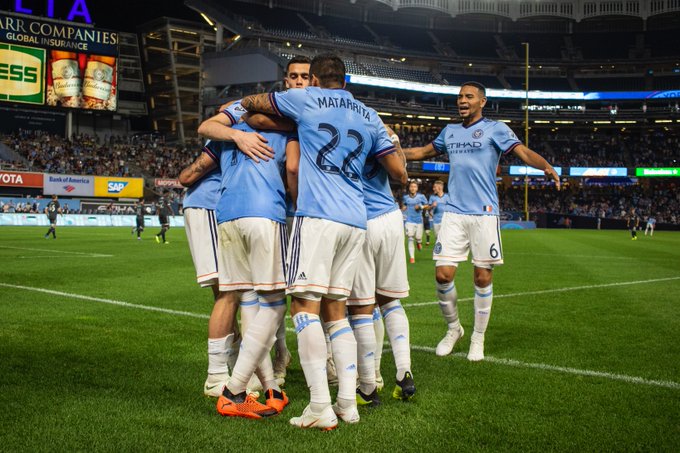 Bronx, NY – August 4th – After mixed results on their 2 game road trip, NYCFC were happy to return to the safe confines of Yankee Stadium where they find themselves undefeated this season.  Sean Johnson picked up a shoulder injury in training this week so Brad Stuver filled in at goalkeeper for City.  New signing Valentin Castellanos also made his debut for NYCFC who are still waiting for David Villa to return from a long lasting knee injury.  City has held up well without their Captain, but if they want to go deep into the playoffs for the first time, they will need their main man at full health and in good form.

The game started quickly in the Citizen’s favor as they almost opened the scoring in the 6th minute.  Jo-Inge Berget, who just returned from injury, forced a special save out of Marinovic after a header on a cross from Maxi Moralez.  On the ensuing corner, Midfielder Alex Ring almost scored the goal of the week, barely missing a screamer over the bar.  Anton Tinnerholm also almost scored in the 20th minute but the score remained all zeros.

Vancouver slipped in and surprised everyone on the counter, and opened the scoring for the evening on an amazing goal.  Nicolas Mezquida took the ball in a dash at the back line and struck an unstoppable hit past Stuver into the bottom corner.

NYCFC didn’t do much in terms of a response until late in stoppage time when they finally got the breakthrough they so desperately needed.  Tinnerholm continued his hot form as he cut inside and found the young Paraguayan Medina who hesitated and slotted under the goalkeeper for the equalizer.

Shortly after the break, it got even better for NYCFC.  New signing Castellanos had the debut of his dreams with his effort in the 46th minute.  Berget received an air through ball just outside the box on the left and drove past the defender on the wing.  He crossed with such pace that Castellanos made a great effort to get his body on it and give his new side the early 2nd half lead.

After the early goal, City dominated the rest of the match until lightning struck in the 87th minute.  The Whitecaps barely got anything going after their early goal, but they made it look easy on a late counter.  Brek Shea streaked up the left wing and swung in a perfect ball at the back post.  Hurtado tapped in past an indecisive Stuver, and the moans and groans came out at Yankee Stadium.  The Citizens pushed forward for a late winner and had some good chances, but were unable to retake the lead after having the wind knocked out of them.

The man of the match had to be Jesus Medina, who scored his 4th goal in 5 matches, and has been in sizzling form as of late.

NYCFC didn’t lose any ground in the Eastern Conference as Atlanta tied Toronto 2-2, but they will need to close out matches like this if they want to finish the season on a high note.  With only 5 home matches remaining, City will need to increase their form on the road, as well as regain their hot form at home as the weather cools down.

Life under new Coach Domenec Torrent is pretty wonderful at NYCFC.  He has immediately established his style at the club without making any major signings, and he has started off with a great record even in the absence of Captain David Villa.  I think City fans should feel confident in their team heading into the final stretch of the season and into the playoffs, but they need to stay healthy. 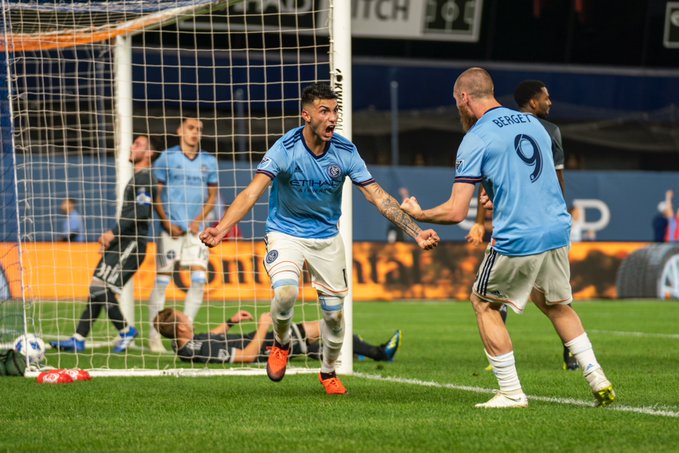