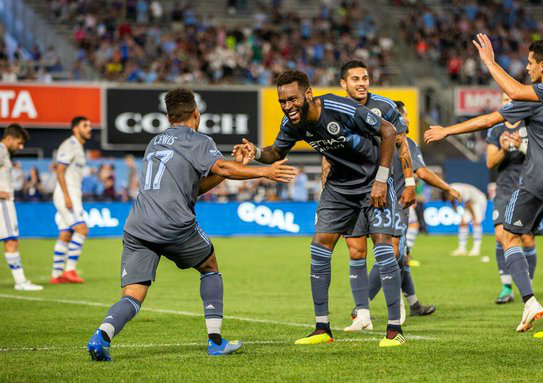 Bronx, NY – July 11th – After a thrilling, late 1-0 victory over the rival Red Bulls, NYCFC were feeling very confident coming into this match against the weaker Montreal Impact looking to keep the good times rolling.  Since NYCFC have 3 games scheduled in a 7 day span, Domenec Torrent elected to make a few changes to his starting 11.  Fan favorite Tommy Mac found his way back into the lineup with the injury to Tajouri-Shradi and Ibeagha came in for Chanot at Center Back as well.

McNamara almost made Head Coach Domenec Torrent look like a genius by sliding into space and nearly scoring in the 6th minute, but the shot went wide past the post.  NYCFC fans thought they had earned a penalty when McNamara was brought down in the 11th minute but the referee judged him to have gone down too easily and showed Tommy the Yellow Card.  The rest of the first half was relatively pedestrian with not much action for either side.  The away side was happy at the half to have not conceded a goal yet, but anyone who watches NYCFC knows they almost never get shut out at home.

Torrent must have made magic on the chalkboard at half time because the second half brought a completely different story and it was all NYCFC.  Defender Alex Callens smacked a header against the post in the 49th minute and Moralez almost scored in the 55th as well.

It was only a matter of time before NYCFC showed their class and took the lead.  In the 60th minute the home side was awarded their long awaited first goal of the match.  Designated Player Jesus Medina received the ball at the edge of the box and unleashed an absolutely fireball into the back of the net.  He struck the ball so well that the ball flung back out of the net on the fly, and he celebrated with his teammates in the corner as the smoke stacks went off in the background.

Just a minute later, Ronald Matarrita came on for Rodney Wallace and it would prove to be a crucial substitution.  Matarrita scored an absolute wonder goal with his first possession of the ball that got everyone at Yankee Stadium on their feet.  He chipped keeper Evan Bush from a crazy angle in the 65th minute to take the wind right out of Montreal.  This is the second time this week that Domenec Torrent called for a sub that made an immediate impact.  That is one of the biggest signs of being a great game manager.

The scoring wasn’t done yet for the evening though as super sub Jonathan Lewis was yet to make his mark on the contest.  Matarrita again was crucial to the attack as he received a through ball from Maxi Moralez on the left wing and crossed to Lewis on the right wing who headed the ball strongly into the back of the net.  NYCFC then went on to create even more chances as Lewis struck the post after he cut in from the left wing onto his right foot in the 88th minute, but they couldn’t score a 4th.

It’s so hard to choose a man of the match because the whole team played well, but it has to go to Medina who was in the groove all night long playing passes and making space for himself and his teammates to go along with his golazo.

This victory meant that NYCFC had kept 2 clean sheets in 4 days while scoring 5 goals.  The offense has never been a question for the Citizens, but when they defend like this, they’re unbeatable. 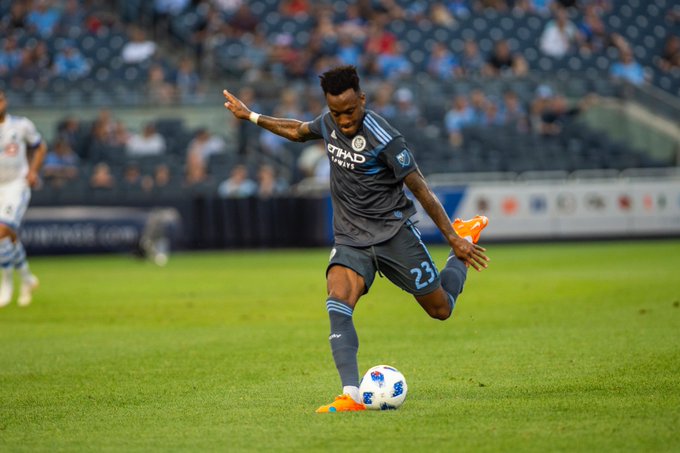